Brooklyn: Not Over Yet 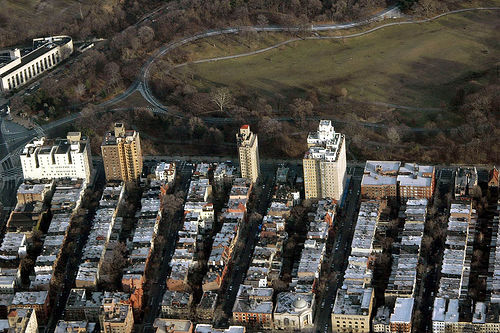 On the heels of the NY Times' Alex Williams calling Brooklyn "over" -- Park Slope has been named one of the 10 best neighborhoods in the country! Take that Gray Lady. In fact, "the historic area, just steps from Prospect Park and the Brooklyn Botanic Garden, is the only New York City neighborhood to make the first-ever list from the American Planning Association (APA)." Which would mean that a Brooklyn 'hood bested a Manhattan 'hood -- though the latter did get on the "Best Street" list with Harlem's 125th Street (which the Daily News goes into here). As for the Slope, here's a bit of reasoning behind the decision:

"It's got a lot of past, but it has also evolved and has a lot of vibrancy in the present," said association spokesman Denny Johnson, citing the area's architecture and proximity to such cultural spots as the main library. "People in Park Slope care about everything from big to small," said Fifth Avenue Committee executive director Michelle de la Uz, who cited residents' interest in such things as where a bike lane should be built and protests over the war in Iraq.

Late last year the Slope was also named one of the best eco-neighborhoods. Of course, the stroller moms and the fact that it's one of the most expensive neighborhoods in the city are blissfully ignored, but you can read the APA's take on Park Slope here. Other neighborhoods on the list include: Old West Austin in Austin, North Beach in San Francisco, Elmwood Village in Buffalo.