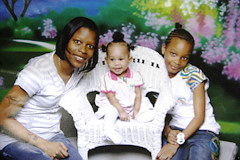 A mother of three young children was fatally shot when she stopped by a makeshift shrine for a rapper who was killed last week. Police say 27-year-old Nancy Williams was hit by apparently random gunfire behind the Stuyvesant Garden Houses on Gates Avenue.

Fans of rapper Leval Lyde had gathered to remember him a week four days after he was gunned down on Clinton and Fulton Avenues. A cop explained to the Post, "They were all out back having an Irish wake and someone decides to fire an automatic weapon."

The Daily News reported Williams, whose children are 10 years old, 8 years old and 8 months old, was hit "as she tried to flee the rowdy scene" and died at Brookdale University Hospital. A friend told the News, "She was an excellent mother. She was living for her kids. The community just has to change. Get along with each other, don't kill each other." The shooter, who fired seven rounds, has not been identified.

#brooklyn
#crime
#gunfire
#Leval Lyde
#shooting
Do you know the scoop? Comment below or Send us a Tip