When I finally arrive in Brooklyn, after more than 1,000 miles on the road, I find it's virtually deserted. There are some quiet houses, a handful of abandoned buildings and a few trucks laboring along the highway on their way somewhere else. The peeling lettering identifying the Brooklyn Quick Stop is nearly invisible; its rusty gas pumps look like antiques. It is 97 degrees, and the entire landscape seems sluggish in the heat.

Clearly, this is not the Brooklyn of the Barclays Center and beer gardens and de Blasios. This is Brooklyn, Mississippi, a tiny, unincorporated community nestled in the De Soto National Forest in the southeastern part of the state. Population: 700...ish. The Forrest County Sheriff's office only has a rough estimate. They're not really counting.

If the New York Times' Styles section is to be believed, much of the world—from Berlin to Philadelphia to Oakland—is a Brooklyn just waiting to emerge.

But this discounts the existing Brooklyns. There's a Brooklyn in Australia and South Africa and New Zealand. Brooklyn's namesake, Breukelen, is in Holland. And in the United States, there are at least 10 towns that share the name. I've come south to see if the residents of Brooklyn, Mississippi are really so different from their northern counterparts. 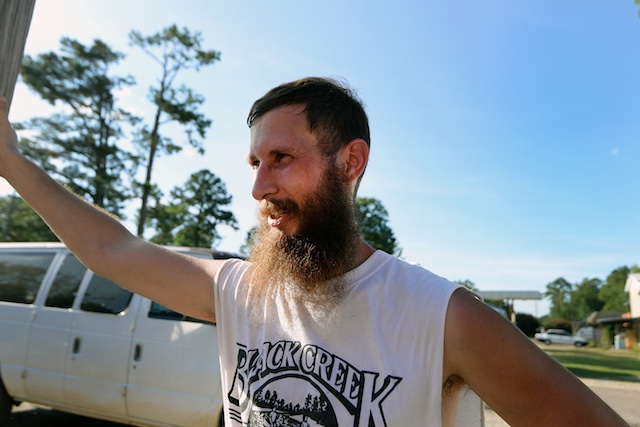 Walking down Main Avenue, the center of activity is a squat, red building housing Black Creek Canoe Rentals, which is where I find an employee, James Walley, loading some boats and customers into a van for a trip down the nearby Black Creek.

Bearded, tattooed, and lanky, I do a double take when I first meet Walley, 31. Apparently, it's not the first time he's been mistaken for a trendy resident of Brooklyn's east coast sister city. In a bar in Syracuse, New York, where he studies creative writing, Walley nearly clobbered a guy who took one look at him and said, "I bet you're going to move to Brooklyn when you graduate."

But Walley quickly sets the record straight. In a heavy Southern drawl, he tells me he's a true Mississippian, born and raised in the small brick house just behind the shop his parents opened in the 1970s, where he works during the summers. He's never spent time in New York City.

Beyond my first impression of Walley, there are other uncanny sights—the Brooklyn Friendly Flea Market, for instance, and a rickety looking span locals know as the Brooklyn Bridge—that stop me in my tracks as I get to know the community. 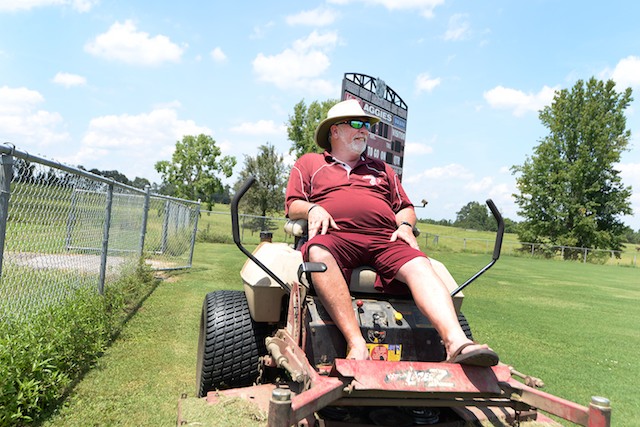 While Brooklyn, New York is currently experiencing some of the greatest changes in population and development in its history, there are no masses flocking here to Mississippi. Most who come to Brooklyn are looking to rent a canoe. Others are passing through on their way to Camp Shelby, a large National Guard training site that once housed German POWs. Today, it provides a cacophony of machine gun rat-a-tat-tats and explosions that make up part of the familiar soundscape in Brooklyn.

Growing up, Walley said there wasn't much to do in Brooklyn besides drink beer, swim in the creek and hunt in the woods. There was once a movie theater, he said, but it burned down more than half a century ago. There was a café, too, but it closed. A few years ago, there was an outdoor music festival, Brookstock, but it's since relocated to Dixie. When I ask Walley what had changed in Brooklyn since his childhood, he laughs and points down the street.

"See that caution light there?" he says, indicating the bulb blinking slowly at the intersection of Main Ave. and Old Highway 49. "That's new. That's about what we got. Oh yeah, we got a Dollar General. Everyone calls it the Brooklyn Mall. And the gas station got bigger too."

One of the perks of visiting a slow-moving place reveals itself when I ask Walley for a tour of the area in the middle of the afternoon. He doesn't have to think twice about it. The canoers will still be out for a couple more hours before he has to pick them up at the creek, so he puts a sign on the door—"Gone to Run Shuttle Be Back ASAP"—and we head out to his Chevy pickup truck. I take a seat next his 20-gauge shotgun.

Our first stop is his alma mater, Forrest County Agricultural High School, whose 320 acres of land includes a poultry house, a hog barn, and two tractors, among other agricultural equipment and facilities. In the hallways, framed collections of portraits from decades worth of graduating students hang; Walley points out his from the class of 2002; around the corner, he points to one of his father, Woodie, from the class of 1962. Outside, Lee Sullivan, the school's football coach, is mowing the grass. He graduated from Forrest County, too. 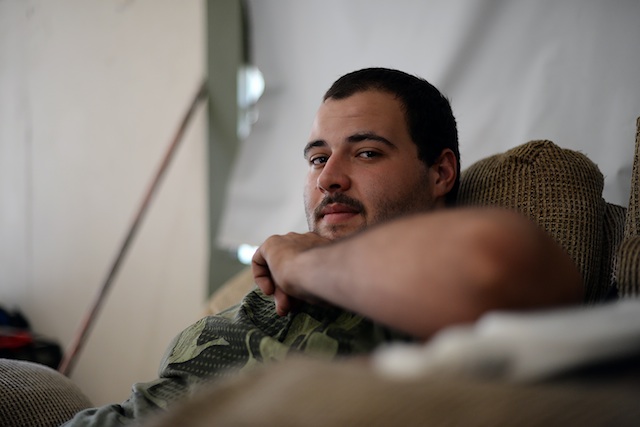 Many of the people I meet in Brooklyn have been there for decades, their families there for generations. One of them is Charles Whitney, 22, whose family has been in Brooklyn since its founding. His great-great grandfather, W.C. Griffin, came from Georgia with a one-eyed mule and a ground sled, and established a pine tree plantation that operated on slave labor.

I hear a bunch of stories from locals about how the town got its name, but the most credible one—which I learn from Mahlon Martin, a historian and genealogist with the Geneva Historical Society who read it in a WPA Guide to Forrest County—involves Whitney's ancestors.

This version posits that Griffin kept his slaves in an excluded division of his plantation that he called New York because of its relatively large population. When more people started moving to the area after the construction of the Gulf and Ship Island Railroad, the story goes, someone suggested the community be called Brooklyn because it was close to New York. There is still a New York Road within Brooklyn's borders. 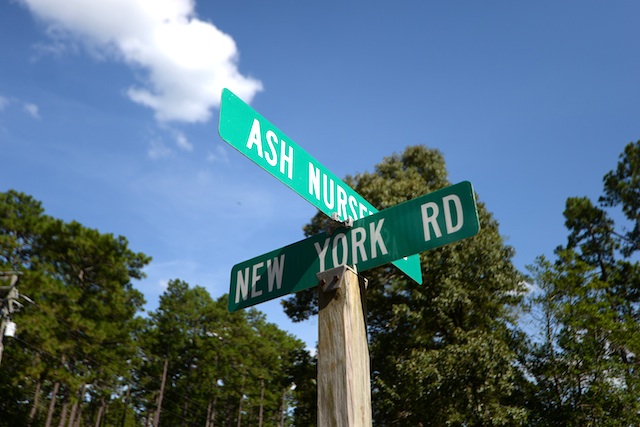 Meeting Whitney is something of a lucky coincidence, as he is only in town for a little while. He's recently quit his job driving for a trucking company, and is waiting to start a new driving job in a few days. Before that he'd been working around Brooklyn in construction, making between $300 and $400 a week, when he decided to become a driver to see a bit of the world outside of Brooklyn.

"You can make it here, but you can't really thrive," Whitney tells me. "You can buy your trailer and put it on an acre of land and make your bills, but you're never going to have anything in the bank, be wealthy."

A lot of people from Brooklyn choose truck driving as a way out, Walley says. Some work on offshore oil fields. Many, like Joe Andrews, 73, and his son Derrick, 50, survive, at least in part, by farming their own land. Down an unpaved road, we find them sitting on the porch of the house Joe's father built in 1943.

Like Whitney, the Andrews—who are direct descendants of slaves who worked on the Griffin plantation—are living links to Brooklyn's past. When I ask what residents of Brooklyn, New York should know about their community, Derrick's answer indicates the wounds of that history are still fresh: "This was a prejudiced place around here. They come a long way. It ain't been too long since you seen black men with white women in Brooklyn. It just got like that. They done came a long way." 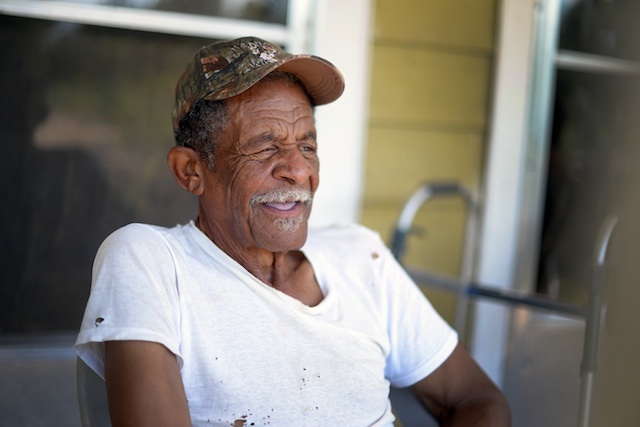 We leave the Andrews and Walley drives me to a secluded pocket of the woods, where we walk through the Griffin family's cemetery. I see the patriarch's grave and the tiny graves of children. Near the entrance I notice a new grave where flowers have recently been placed for Charles Griffin Whitney, who died a few months ago. Walley walks me around behind the tombstone and points into the overgrown wood just beyond the confines of the cemetery.

"See that block right there? They didn't bury black people in this cemetery. All them Andrews' is buried in that thicket right there," Walley says. "There's still some ghosts around. You could kind of feel it a bit on that porch a while ago," he adds.

As the sun starts to set, Walley brings us by the trailer where his aunt and uncle, Dorothy and Kenny Mason, live. We settle into the frigid air conditioning and as we sip bottles of Mountain Dew we talk about everything from the Confederate flag — “We're no longer a Confederacy down here,” Dorothy says — to “meth heads” who occasionally turn up in the area and steal things. Kenny grew up in Brooklyn and spent 14 years driving a truck before working as a guard at South Mississippi Correctional Institution. 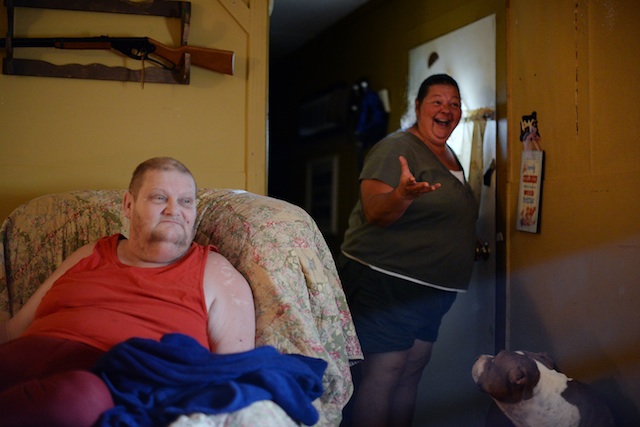 His family came from Dodge City, Kansas and moved to Fruitland Park, Mississippi following promises of a "lush tropical paradise" ideal for farming, which turned out to be a scam. Dorothy was born in New Jersey and arrived in Brooklyn at age 3 in the dump truck her father drove. "First time I laid eyes on her was between two beer cases in a gas station," Kenny coos.

From behind the wheel of a truck, Kenny has seen much of the country, including Brooklyn, New York, where he says he enjoyed the variety of neighborhoods and their diversity. But when I ask him more about his thoughts about the city, he doesn’t seem too interested.

“I don't wanna sound like I don't have no feelings for the people in New York City but unless some of them's coming to fix my sewer pipe I don't care. It don't impact my life. If a bunch of ‘em got money wanna come down here and buy some redneck items they welcome,” he says, laughing.

Walley, meanwhile, has been across the world — he joined the Marines as a teenager and served in Afghanistan and Iraq — and would like to visit New York City someday, but ultimately, like the rest of his family, he imagines he’ll end up back in Brooklyn. He likes being able to keep a gun on him at all times. He likes fishing and hunting and the freedom that the woods afford. Maybe after graduation, he says, he’ll teach English at the local community college and do some writing on the side.

It sounds nice. And as my time in Brooklyn comes to an end, I try to imagine an existence like this for myself — a life away from both the comforts and the inconveniences of the city, a life amongst the wilderness and the quiet. Zipping along the yellow pines in Walley’s truck, I watch the forest take on a golden hue as the sun begins to set.

“Have you been out here at night?” Walley asks me. “When it gets dark out here, it gets dark dark. Every star in the whole universe is right there. It seems like they right on top of the trees, you know? That's something special."

Jordan G. Teicher is a freelance journalist based in New York City. He's been published by Slate, NPR and Wired, among other publications. His last article for Gothamist was about millennials moving to Buffalo.

#brooklyn
#mississippi
#longform
#original
Do you know the scoop? Comment below or Send us a Tip