In what appears to be a gross exploitation of the home-sharing industry, a Brooklyn landlord with a history of violations has been renovating apartments into luxurious Airbnb rentals while allowing rent-stabilized units to languish in neglect for decades, according to a new lawsuit.

On Tuesday, a group of ten rent-stabilized tenants filed a legal complaint in Kings County Supreme Court against a family of building owners led by Miriam Shasho. In addition to a litany of harassment and housing violations, the tenants charged the Shashos with running an illegal Airbnb scheme out of three buildings in Prospect-Lefferts Gardens, constructing units with separate heating and cooling systems and advertising the newly renovated units on Airbnb as “paradise and luxury in a beautiful flat.”

At the same time, the buildings at 599 Flatbush Avenue, 607 Flatbush Avenue, and 611 Flatbush Avenue have over the last four years racked up more than 220 housing violations, which include failure to provide heat and hot water, lack of repairs, posing a fire hazard, illegal construction practices, and electrical violations.

One tenant went without heat for 80 days, according to the complaint.

“From the day that I moved in, there’s always been a problem,” said Elizabeth Hayes, 65, who has lived in one of the buildings since 1981. “But in the last five years, it’s just been worse.”

Efforts to reach members of the Shasho family were unsuccessful.

The case substantiates one of the sharpest criticisms against Airbnb and other home-sharing platforms: that it incentivizes greedy landlords to harass and force out rent-stabilized tenants to make room for illegal hotel schemes. In New York, it is against the law to rent an entire apartment in most buildings for fewer than 30 days unless the permanent resident is present. The tenants in the lawsuit said they have witnessed individuals entering and exiting the newly renovated units, with the constant comings and goings of strangers making them concerned for their safety.

“He pours all of these resources into Airbnbs,” said Catherine Frizell, a housing attorney at Brooklyn Legal Services’ Tenant Rights Coalition who worked on the lawsuit. “Meanwhile his tenants have rodent infestations and are not being provided with heat and hot water. It’s dehumanizing, and it has to stop.”

About 15 tenants live full-time in the buildings, which have a total of 33 units, according to Frizell.

She said that as a result of both neglect and separate heating and cooling systems that tax the buildings' electrical systems, the landlord had created an "unsanitary fire trap" for both residents and Airbnb renters. The tenants have reported frequent power outages in recent years.

Photos supplied by Brooklyn Legal Services show a starkly different interior inside the advertised Airbnb units, elegant apartments that could be mistaken for those inside a boutique hotel. One reviewer noted that the rental was "solid basic space that is very comfortable for two people," while another wrote, "In an up and coming neighborhood that has it's [sic] fair share of bars and restaurants."

But the listings belied a much darker housing reality. Close-up shots of the tenants' units show signs of cracking paint and water damage. In one tenant's bathroom, a garbage bag has been attached to a wall as a stopgap measure for a leaking ceiling. 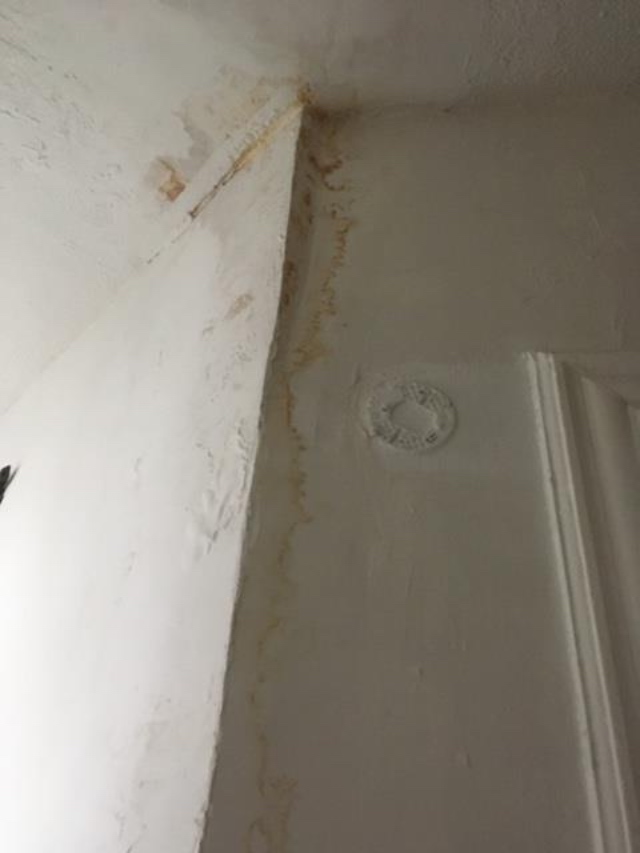 The ceiling and wall of one of the rent-stabilized units. (Photo courtesy of Brooklyn Legal Services) 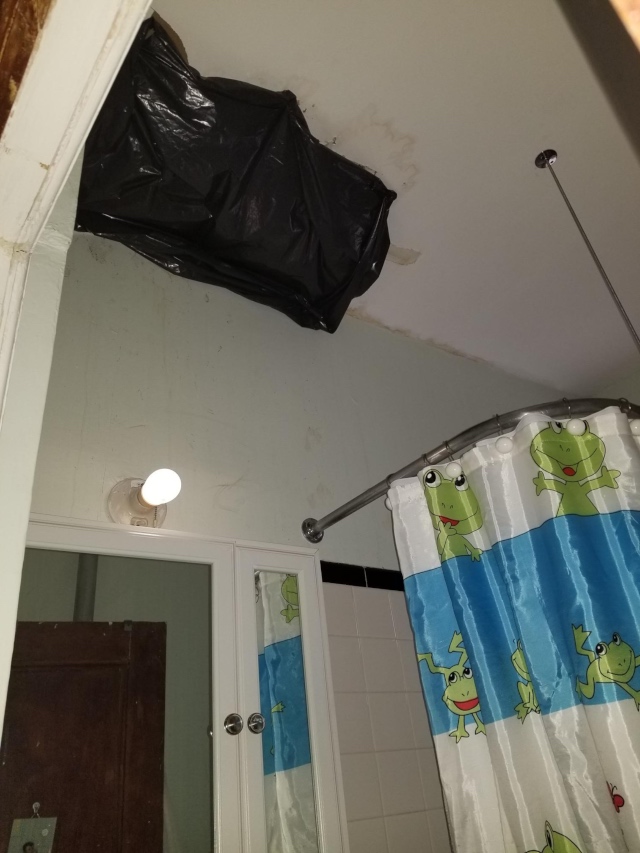 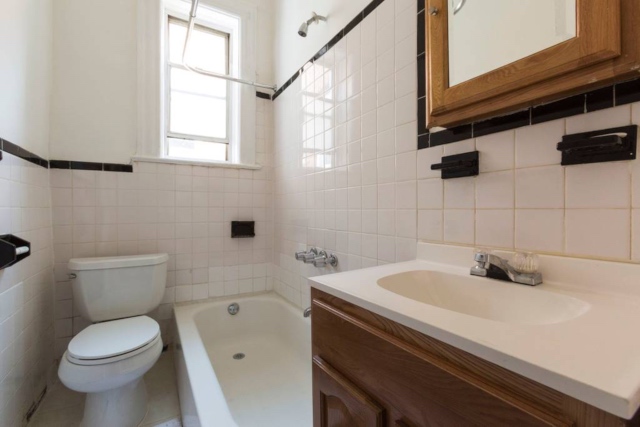 The bathroom inside one of the advertised Airbnb units. (Photo courtesy of Brooklyn Legal Services)

One of the buildings, 607 Flatbush Avenue, is currently on a list of New York City's most distressed buildings that is compiled by the Department of Housing Preservation and Development as part of an enforcement program.

Miriam and Egal Shasho have both made the Public Advocate’s Worst Landlord List. Egal was her husband who died in 2007, according to the Hunts Point Express. In 2013, a Bronx building linked to Miriam Shasho made headlines for a litany of similar infractions.

Tenants have also accused the landlords and their employees of taunting, harassing, and gaslighting the tenants, many of them black seniors.

In perhaps the most horrific example cited in the suit, one tenant was allegedly given a “refurbished” refrigerator containing a live rat.

Gretelle Phillips, 73, told Gothamist she had to buy her own stove after the one the landlord supplied turned out to be infested with roaches and rodents.

Phillips and her husband have lived in their two-bedroom unit for 39 years, paying $839 a month in a fast-gentrifying section of Brooklyn. Like other tenants, she said the landlord has been pestering her to leave.

“He keeps asking me, ‘When are you going back to Barbados? When are you moving to Florida?” she said.

Another tenant, Digna Mitchel, 52, recalled being told by the super, “For the rent that you pay, you might as well do your own repairs.”

The lawsuit alleges that one tenant was told by the landlord, “It is a shit building and you are still here. You guys must love this shit.”

In addition to asking the court to end the harassment and allegedly illegal housing practices, the tenants are also seeking penalties and punitive damages.

Hayes, a nursing attendant who expects to retire soon, said that despite enduring such horrible conditions for so many years, she did not want to leave.

UPDATE: In response to the story, a spokesperson for Airbnb issued the following statement:

"Airbnb strongly opposes landlords who evict tenants with the purpose of renting their space on a short-term basis. There is an ongoing need for a comprehensive, statewide bill that would provide for strict recourse against illegal hotel operators while protecting the rights of thousands of regular New Yorkers who are responsibly sharing their home. Airbnb is supporting legislation proposed by Assemblyman Lentol and Senator Skoufis that would create this necessary regulatory framework."

#airbnb
#brooklyn
#lawsuit
#prospect lefferts gardens
#rent-stabilized
#Slumlord
#original
Do you know the scoop? Comment below or Send us a Tip