Brooklyn Heights CB Approves Plan To Tear Down Library, Replace It With Condo-Library

At an unusually rowdy community board meeting last night, frequently interrupted by loud groaning and booing from locals, Community Board 2 voted in favor of demolishing Brooklyn Heights' struggling public library branch at 280 Cadman Plaza West, and replacing it with a 36-story luxury condominium.

But don't worry! There will be a "library space" on the first floor. 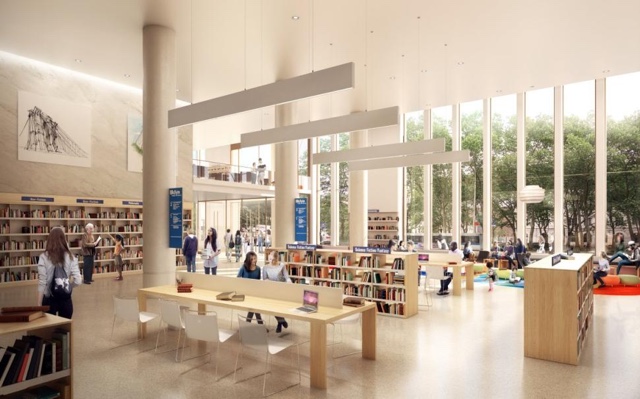 The 25-14 vote confirms the Board's approval of a tentative $52-million deal made between the library and real-estate company Hudson Companies last fall. Hudson may sound familiar, as they're the real-estate company responsible for the controversial 20% "affordable" high-rise underway at 626 Flatbush.

Curbed reports that the Brooklyn Public Library is in favor of the sale, since the branch is staring down $9 million in necessary repairs that it has no way of funding. The NYC Land Use Committee is also in favor, so long as Hudson agrees that the first-floor condo-library will be at least as large as the library being demolished. Hudson must also commit to building affordable housing units before breaking ground on the luxury tower (we wouldn't want another Atlantic Yards situation on our hands now, would we?), and find a space for an interim library for the duration of the construction period.

While Hudson has agreed to the affordable housing addendum—to the tune of 114 units—these units will reportedly be built in two of the company's other developments in Clinton Hill. This is little solace for Brooklyn Heights residents who argue that the new tower of wealthy residents will bring overcrowding to a neighborhood with already overcrowded schools.

“These people are a bunch of pigs,” one Park Slope resident told the Brooklyn Paper. “All the money is just going straight into the pockets of developers.”

Some of those who voted in favor argued that the sale will bring much needed cash flow to the Brooklyn Public Library system—money that could go towards renovating other struggling branches. "This will improve [the library's] ability to provide library services within our community,” one Board member told the Brooklyn Paper. "This is something that the public library system in Brooklyn has asked us to approve. For me that is very important.”

In any case, the BPL and Hudson Properties don't need approval from a lowly Community Board to proceed. All the Board can do is submit recommendations to the city, which the planning department "may take under consideration."

The project is, however, contingent on approval from the Borough President, who is hosting a public hearing on August 18th. The proposed tower would also require the city to rezone the 280 Cadman Plaza West lot. 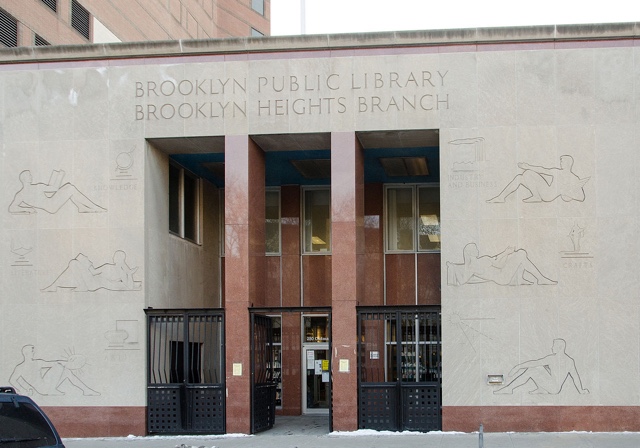 The Brooklyn Heights Library at 280 Cadman Plaza West (via)