Brooklyn Drummer Dies After Fall Down Elevator Shaft in Williamsburg 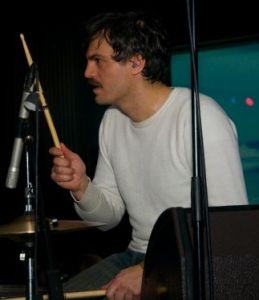 At around 1:15 this morning a report came in over the newswire that a male had fallen down an elevator shaft at Broadway and Berry Street in Williamsburg, Brooklyn. A reader sent in photos shortly after, and the building the incident took place in is actually at 338 Berry, between South 4th and South 5th streets — a former noodle factory converted into various multi-use spaces, including residential lofts. The victim was at a party in the building being hosted by the Uniform Project. After the fall he was in serious condition, unconscious and unresponsive. We'll update when we get more details.

UPDATE: The victim, a 34-year-old male, has died. ABC News is reporting that he "was trying to jump out of a broken elevator when a piece of his clothing caught on something. He then fell five stories, to the bottom of the shaft."

UPDATE II: The man who died was Gerhardt (Jerry) Fuchs, drummer for the bands The Juan Maclean and Maserati (and former drummer for !!!); the latter just recently ended a tour. A friend writes that he is survived by his parents, two sisters, a brother, and "an impressive canon of records on which he's performed, countless mouth-agape audiences in awe of his work, dozens of heart-crushed former bandmates, and an endless parade of true friends around the world."

UPDATE III: His bandmates in Maserati have written that they, "with overwhelming sadness, bid farewell to our drummer and dear friend Jerry Fuchs. Love you, bro."