The federal authorities arrested a Brooklyn couple who were apparently working on a sickening plot: They were trying to start a day care business so they could drug and molest young children. 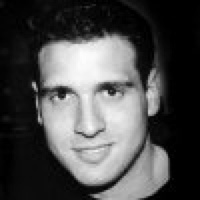 Bebars Baslan, 35, and Kristen Henry, 25, were arrested at a hotel in Jersey City on Tuesday night. The couple thought they were meeting children (including a one-year-old and a 3-month-old) to photograph in sexually explicit situations, but it was actually the FBI.

The couple were counting on the day care service for access to babies and young children, who they would drug with Dramamine. WABC 7 has transcripts between the accused and confidential sources:

Baslan: "Then, you know, just it knocks them out a little bit."
Confidentail Source: "What do you mean?"
Baslan: "You know, Dramamine, the allergy medicine. It knocks you out, when you're a kid."

Prosecutors say they have audio recordings in which Baslan says Henry is "dying for this," referring to a plan to have her sexually abuse "an 18-month-old child."

Baslan: "She is dying for me to have a baby with her for us to whatever."
Confidential Source: "The two of you together, to have your own kid and raise it in a sexual, like upbringing kind of thing?"
Baslan: "Right."

Finally, Henry herself is heard on one tape talking to the men with whom she is allegedly planning the babysitting service, saying "Y'all know I did work in schools. I worked with kids."

When asked if she has references, she answers, "Oh, yeah, I have excellent references."

Baslan was found with a digital camera and laptop. NY1 reports, "Baslan told the informant that he wanted the photos framed to look like Henry was the photographer, to possibly use them in the future as blackmail against Henry. 'I want to make it seem as if she took it by herself and we're not there,' Baslan allegedly told the informant." (According to the Daily News, Baslan had wanted Henry to pretend she was performing oral sex on a 16-month-old.)

Much like the Cannibal Cop case, where police officer Gilberto Valle had fantasized about killing, raping and eating women (he was convicted of trying to carry out his plot), the complaint says that Henry fantasized about abusing children. She allegedly told the informant that these were "subconscious...scenarios...he (Baslan) was the first human I admitted it to...but both of us were like, 'Yeah, you know, I kind of like this'...it turned into this."

The couple, who live on Ocean Parkway, are being held without bail. The U.S. Attorney's office has 30 days to present the case to a grand jury, which will then decide whether to indict. Baslan's attorney told NY1, "I have no comment. He is presumed innocent of the charges and we'll wait until our day in court."

#baby sitting
#bebar baslan
#brooklyn
#child abuse
#day care
#horrible
#kristen henry
#the worst
Do you know the scoop? Comment below or Send us a Tip