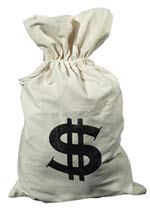 If only all crimes were this easy to solve. Last Friday, a woman robbed a North Fork Bank at 71st Street and New Utrecht Avenue in Dyker Heights. Now the police say she returned to the scene of the crime and returned the money yesterday.

WNBC reports that apparently 48-year-old Catherine Kaczazanowski, who initially robbed the branch by passing a note to the teller, had a change of heart. Kaczazanowski gave most of the money ($700 of the $1000) back with a note ("I stole this money from your bank on Friday, February 22. I'm sorry."), bought some whiskey, and then went home, where police arrested her "without incident" and charged her with first-degree robbery.