A sixteen-building apartment complex in Brooklyn allegedly dumped gallons upon gallons of raw sewage into the Coney Island Creek on a daily basis for an unknown period of time, according to e-mails between local advocates and state environmental regulators acquired by Brooklyn Daily.

Workers at the Beach Haven Apartments on West 2nd Street in Gravesend, a few blocks from Coney Island Creek's terminus, allegedly diverted 200,000 gallons of "fecal flow" per day from clogged sewer pipes, into a storm drain that empties directly into the creek near the intersection of Shell Road and Shore Parkway. This sort of dumping far exceeds the typical sewage runoff during rainstorms, according to advocates.

A spokesperson for the Department of Environmental Protection said that the city issued an order to the Beach Haven owners to stop any illegal dumping, and that all buildings are now in compliance. Beach Haven Apartments could not immediately be reached for comment. The agency wouldn't confirm how long the dumping was going on, or when the order was issued.

"The creek is a long-forgotten stretch of water that's actually quite beautiful and interesting, and unfortunately, in parts, polluted," said Roland Lewis, the president of the Waterfront Alliance, an advocacy group that's been tracking cleanup efforts on the waterway. "This was old-school style dumping—right into the water."

While the creek doesn't have any sanctioned swimming beaches, many people have waded in for marine-life programs run by the city over the years, to monitor fish and horseshoe crabs. (I am one of those lucky people. I was wearing waders.) The creek is also reportedly used to perform baptisms. 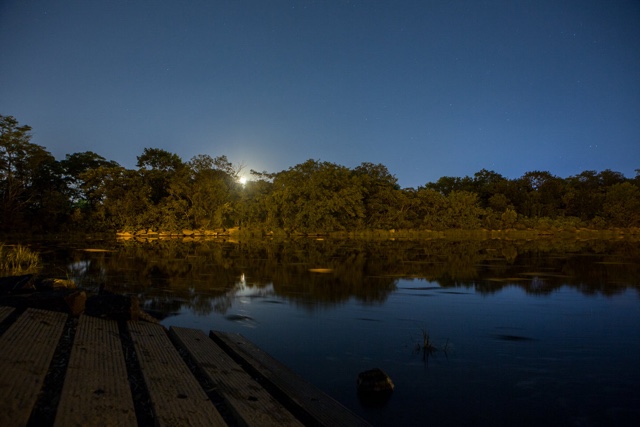 The DEP launched a Coney Island Creek cleanup project, known as the Coney Island Creek CSO Long Term Control Plan (LTCP), months before Beach Haven dumping was confirmed. A presentation to the community back in April identified "illicit discharge" near the the buildings, adding that despite "significant reductions in illicit discharges into this waterbody," there "still appear to be some illicit connections."

"The New York State Department of Environmental Conservation (DEC) investigation of illegal sewage flows into Coney Island Creek is ongoing," said a spokesperson for that department on Tuesday. "DEC anticipates the agency will release the details of its investigation soon."

The Sewage Pollution Right to Know Act does mandate that the DEC post recent sewage alerts, but, according to the SWIM Coalition (StormWater Infrastructure Matters), those alerts turn over on a weekly basis. "An archive of alerts is available, but has not been updated since May 2016," the group states on its website.

Here's some footage of the waterway in question, which open data cruncher Ben Wellington deemed the poopiest in the city back in 2014. Asked how Coney Island Creek compares to Brooklyn's notoriously polluted waterways, Lewis said it was hardly as rancid.

"It's not on the scale of Newtown [Creek], and it's much cleaner than the Gowanus [Canal]," he said. "It doesn't have the industrial heritage of those places."

#Beach Haven Apartments
#Coney Island Creek
#dec
#dep
#sewage
Do you know the scoop? Comment below or Send us a Tip