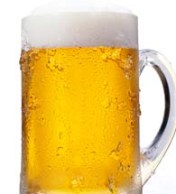 A city employee moonlighting as a bouncer at The Bronx Cocktail was killed by a man angry that it was past last call. Raymond Barnett, 38, was killed when the man fired a gun into the bar around 5AM yesterday.

Barnett worked for the city's Department of Design and Construction as the head of fleet management, but had taken the job at the bar to help out with bills. He had been closing up when a group of men asked to be served. Barnett refused and the men returned, firing into the Pelham Bay bar. Barnett was hit in the neck and torso and was pronounced dead at Jacobi Medical Center.

The police are looking for the group, who were driving a black Cadillac. His wife of 11 years, Eydi, sobbed to the Post, "I want the person who did this to rot in jail. Get them. Whoever did it, they took away a hard-working man, and father and my husband. They don't know what they did." Barnett's two daughters are 8 and 10 years old.

#bar
#bronx
#construction
#crime
#design
#gun
#Jacobi Medical Center
#medical center
#Pelham Bay
#police
#the bronx
#the city
Do you know the scoop? Comment below or Send us a Tip