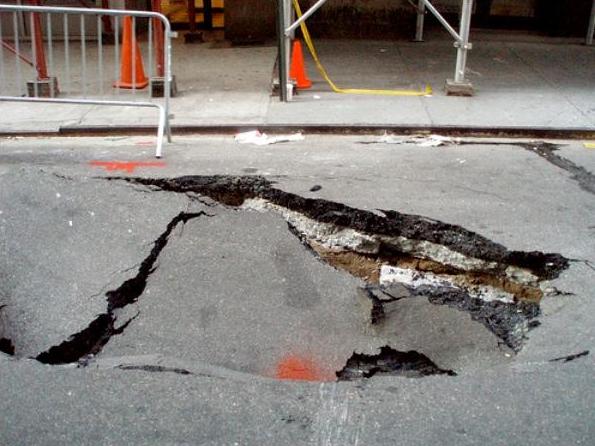 Why did a patch of West 17th Street between Fifth and Sixth Avenues give way under the weight a sanitation truck? It turns out there was a broken sewer. We wonder if the sewer had recently broken or if the Department of Environmental Protection knew about it but was waiting for the street to fall in.

Con Ed told Metro that there were no gas leak, though there were reports of a threat of a gas leak. By 6:30PM, though, two cranes hauled the truck, which was leaning against an unlucky person's van, away.

Now the clock is running to see how long it'll take the DEP to fix the hole. At least, we think that it's the DEP's responsibility, as this is a cave-in, versus a pothole.

Photograph of the West 17th sinkhole by missapril1956 on Flickr