This may come as a huge shock to you, you may want to sit down: subway delays have gotten worse over the last year. I know you weren't expecting this, certainly not today, but we feel it's our duty to give it to you straight: it's gotten significantly worse.

According to a February 2015 MTA committee meeting report, subway delays have increased approximately 45.6 percent from 2013 to 2014. There were an average of 43,339 delays per month last year on weekdays, compared with 29,774 in 2013. Those figures correspond to the "12-month average of the system number of terminal delays," which indicates any time a train is late to a station. A train is considered delayed if it pulls into the last station on its line more than five minutes after it is scheduled to arrive.

We've pulled a few significant slides from the report to highlight some of the numbers. 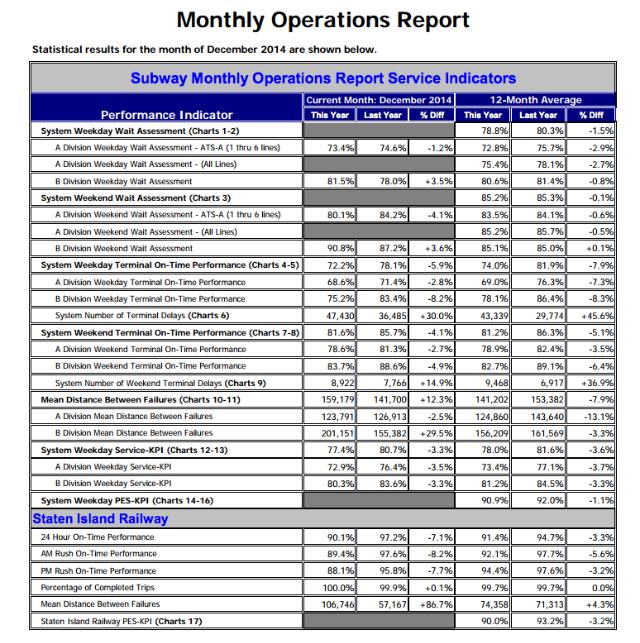 Below, you can see how this breaks down for each individual line (Jalopnik also has a neat interactive graph that charts the delays for each line from 2011-2014). 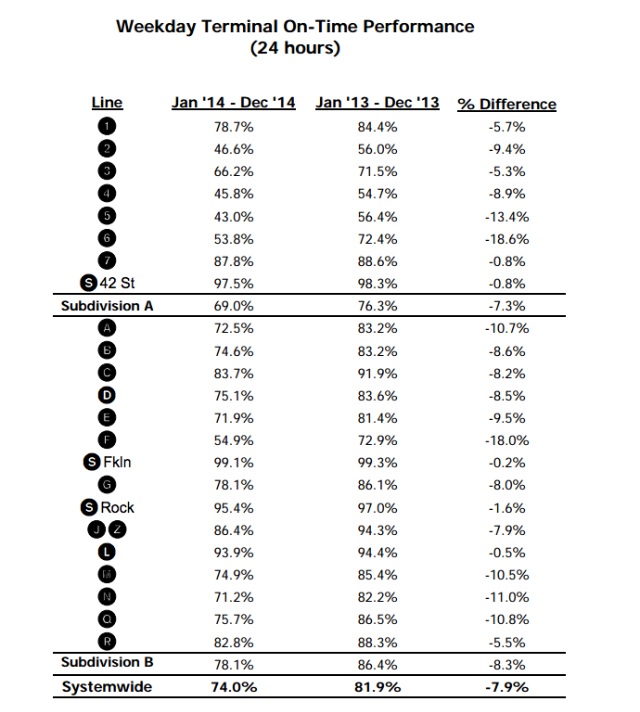 But overall, things took a major dip in 2015: systemwide service was down 7.9 percent, with every single line falling in on time performance.

You can get an idea of what is causing these delays in the chart below. 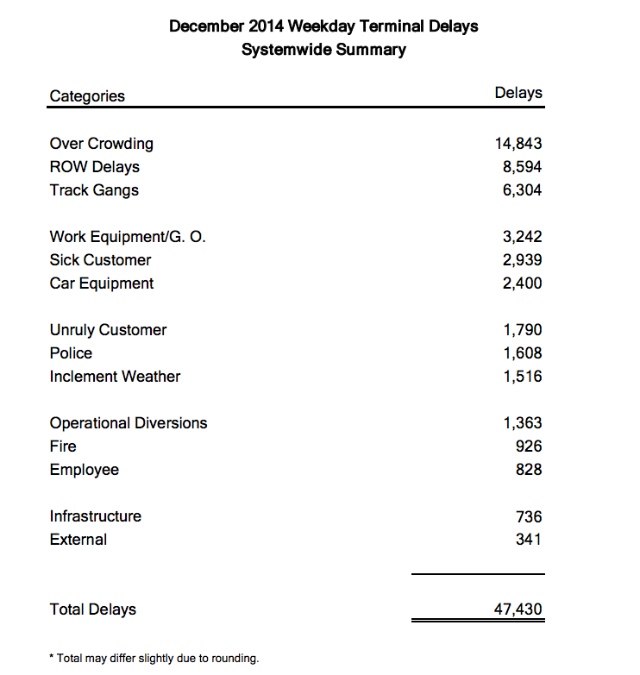 The MTA has not responded to our request for comment, but they told the Post that the delays were largely caused by work on Hurricane Sandy repairs and on other capital projects. "Unfortunately, this level of protection comes at a cost to service, not only on the tracks where workers are maintaining or inspecting equipment, but in many cases on adjacent tracks, as well," a spokesperson said.

In case you're into the nitty gritty, feel free to peruse the entire report below.

#delays
#MTA
#reality checks
#subway
#train
#waiting
Do you know the scoop? Comment below or Send us a Tip