Breast Cancer and the City 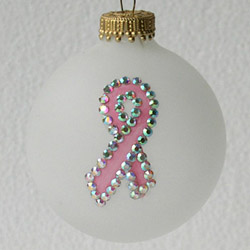 Looks like everything's bigger in the city, including your risk of getting breast cancer. After analyzing about 1,000 mammograms, researchers found that women who lived in the city of London had denser breasts than their suburban or rural compatriots. Their findings were presented at the Radiologic Society of North America (RSNA) annual meeting in Chicago this week.

Mammographers lump patients into four broad categories depending on how dense their breasts are: extremely dense, heterogeneously dense, scattered fibroglandular, or predominantly fatty. The more dense a breast is, the less fatty it is and the more glandular elements it contains. And glandular breasts have a four-fold increased risk of breast cancer when compared with fatty ones.

For every 1% increase in breast density, there's a 2% increase in risk. But here's the real kicker: Cancers that arise in dense breasts are actually more difficult to diagnose mammographically because they get lost in the background of glandular tissue. The solution? A relatively newer technology, digital mammography may be more sensitive for patients with denser breasts than traditional film based x-rays.

Close to 180,000 American women are diagnosed with invasive breast cancer annually with 40,500 (including 1,260 New Yorkers) actually dying from it. The lifetime risk for developing breast cancer is 1 out of 8. Other risk factors include family history, early menarche (getting your period before the age of 12), late menopause (after age 55), not having children or having your first child after age 30, obesity, alcohol use, and living an inactive lifestyle. However, its important to bear in mind that the vast majority of breast cancers (about 75%) have no associated risk factors.

The best way to treat breast cancer is to catch it early. The American Cancer Society recommends annual screening mammograms starting at age 40. Women aged 20-40 should have a clinical breast exam performed by a physician every three years and then annually after age 40 (about 10% of breast cancers will be missed on mammograms and only picked up on physical examination). Screening mammography may be started at a younger age in higher risk patients and may be supplemented by a breast MRI.

For more information on breast cancer including how to get a free mammogram, click here.

#america
#breasts
#chicago
#film
#health
#london
#north america
#technology
#the city
#this week
Do you know the scoop? Comment below or Send us a Tip
A new Gothamist is coming! We’ve moved comments over to our beta site. Click here to join the conversation and get a preview of our new website.