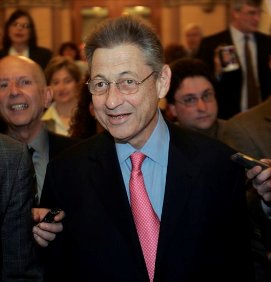 Assembly Leader Sheldon Silver announced the State Assembly is rejecting congestion pricing. The controversial plan, a pet project of Mayor Bloomberg's, was approved by the City Council last week and had support from Governor David Paterson and State Senate Majority Leader Joseph Bruno, making the Assembly's support the final, critical step to ensure $354 million in federal funds (which would have been directed towards the MTA's projects).

Bloomberg had been very vocal about wanting the Assembly to at least vote on the plan, but many Assembly members, especially Democrats, felt the Mayor had been alienating him with his reported donations to the State GOP and his war of words.

Per the Observer, Assembly member David Weprin told reporters, "Shelly just came out of our conference and said our conference does not have the support to bring this to the floor. I want to be clear that the conference was overwhelmingly against it" versus just Silver blocking the measure. Weprin also said Bloomberg should be commended for keeping the issue alive, “If it wasn’t for this mayor, it would have been dead a year ago. It’s because of the mayor it had any life at all.” That's hollow praise!

In 2005, Silver killed the Mayor's West Side Stadium plan.

#Albany
#congestion pricing
#sheldon silver
Do you know the scoop? Comment below or Send us a Tip