Breaking: Getting an Apartment in Manhattan is Expensive 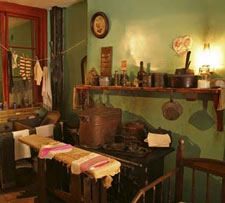 The New York Times has an interesting piece of service journalism for upcoming college graduates around the country planning on moving to New York. As a recent college grad, you are likely to be poor; and getting an apartment will likely be far more expensive and disappointing than you could ever dream. Fueled by expectations of a New York portrayed in the media, people imagine themselves living in neighborhoods like the West Village in a cute one bedroom apartment with lots of closet space.

The truth of the matter is pointed out by CitiHabitat agents that are dispatched to colleges around the country to prep students on what to expect. The median salary of a new grad moving to New York is just under $36,000. Most rental agencies require an annual salary equal to 40 times one's monthly rent, so to get a $2,000 a month apartment one will have to earn $80,000 a year. The average price of a studio in the Village is $2,200 a month.

Once you thrown in brokers fees, first and last months' rents, and a security deposit, many people will have to cough up about $10,000 before they can move in to an apartment. Oh, and your credit better be perfect, or you're screwed. A lot of times, it seems that great deals available on listing sites like craigslist just got snatched up the minute before you called, but now that you're on the phone with a broker, they'd love to show you something that's almost in the same price range. It almost seems like the entire Times article was underwritten by law schools to drive recent college grads right into their arms.

#apartments
#brokers
#citihabitats
#credit
#disappointment
#expensive
#manhattan
#renting
Do you know the scoop? Comment below or Send us a Tip