Federal investigators have identified a suspect in connection with the string of mail bombs sent to prominent Democrats and CNN this week.

Cesar Sayoc Jr., 56, was arrested in Fort Lauderdale, Florida on Friday morning, authorities say. He is a registered Republican with a lengthy criminal history, including a past arrest for making a bomb threat in 2002.

A longtime resident of Florida, Sayoc was born in Brooklyn and lived in Mill Basin for a brief time in 1987, public records show. During the 1980s, he worked at a gentleman's club in New York called String Fellas, according to the Albany Times Union. He appears to be an ardent supporter of President Trump—regularly attending rallies for the president and threatening his enemies on social media.

A white van that apparently belonged to Sayoc, which was seized by authorities following the arrest, was also covered in pro-Trump decals.

The van is covered with President Trump pictures and stickers ⁦@NBC6⁩ pic.twitter.com/pdVOTwE36S

A closer view of the van shows several images of the president riding a tank and giving the thumbs up sign, along with photos of Democrats and left-leaning media figures in gun sights. One stickers says "Dishonest Media" and "CNN Sucks," and features an image of Van Jones with a target on his body.

@CBSMiami I have some pictures of this van I saw him at a stoplight one day and thought is was very strange. pic.twitter.com/VWUwznJK8k

A Twitter account that appears to belong to Sayoc has repeatedly issued threats to the recipients of the explosive devices—including the Clintons, Joe Biden, Eric Holder, and Maxine Waters—alongside other graphic content. The account also frequently tweets angrily about CNN, once writing that they are "fraud puppets" who "will just vanish."

Hey CNN all BS con job fraud puppets media blocked,Banned,Barred from all of our properties feel lucky make our day . You will just vanish pic.twitter.com/BOTOk59Rfs

The arrest comes hours after two more suspicious devices—intended for New Jersey Senator Corey Booker and former Director of National Intelligence James Clapper—were intercepted by authorities. Another possible mail bomb was reportedly found at the Sacramento office of Senator Kamala Harris around 11:00 a.m. on Friday, bringing the total number of suspicious packages up to 13.

The device meant for Clapper was reportedly addressed to CNN's midtown headquarters, which was evacuated earlier this week, after a similar package addressed to former CIA Director John Brennan was spotted in the mail room. The first package sent to CNN also contained an unidentified white powder, police said. 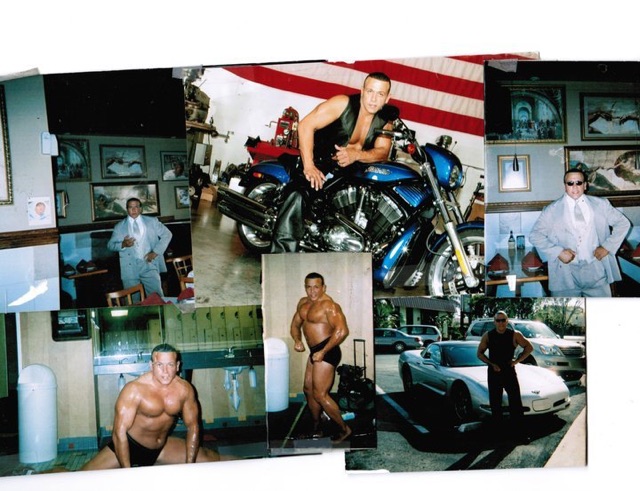 According to an NYPD investigator who spoke with the Daily Beast, the bombs were mixed with bits of metal and glass along with black powder. The devices also reportedly included an image featuring a right-wing meme showing an ISIS flag with the "Git 'Er Done" catchphrase, surrounded by silhouettes of naked women. The explosives did not detonate, and no one was injured.

On Friday morning, President Trump appeared to suggest that the serial bombing campaign was intended as a media distraction, claiming on Twitter that the "'Bomb' stuff" was depressing Republican voter turnout.

Republicans are doing so well in early voting, and at the polls, and now this “Bomb” stuff happens and the momentum greatly slows - news not talking politics. Very unfortunate, what is going on. Republicans, go out and vote!

The Justice Department will have a press conference at 2:30 p.m. today.

This is an ongoing story and we'll update as more information becomes available.

#cnn
#james clapper
#mail bomb
#pipe bombs
Do you know the scoop? Comment below or Send us a Tip