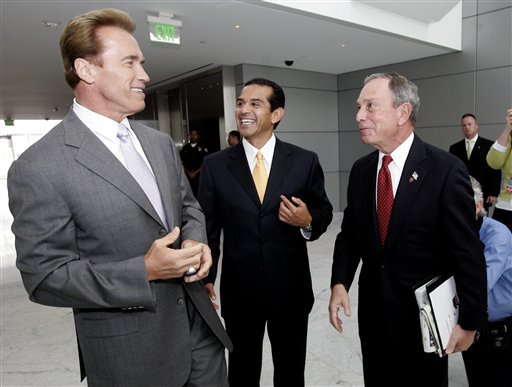 Our lovable, pragmatic mayor is now officially an independent-- many feel that this is a first step to a third-party run for president. CBS reports:

Mayor Michael Bloomberg has left the Republican party and registered as unaffiliated with any political party, a move certain to heighten presidential speculation to a fever pitch, despite his denials that he's running. The billionaire former CEO, who was a lifelong Democrat before he switched to the Republican party in 2001 for his first mayoral run, said the change in his voter registration doesn't mean he is running for president. Bloomberg said his plans for the future haven't changed, adding "I believe this brings my affiliation into alignment with how I have led and will continue to lead our city.''

Related:
Statement from New York Republicans-- "we look forward to working with him in the future"
The Times weighs in: "a major jolt to the presidential campaign."
Reuters: "odds of winning are practically nil."