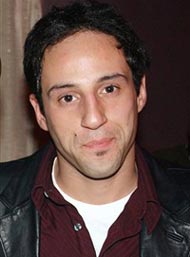 Opening arguments began in the murder trial of Lillo Brancato Jr., an actor who starred in A Bronx Tale and appeared in The Sopranos but found himself ensnared in a robbery gone wrong when an off-duty cop was shot.

Brancato (pictured) and friend Steven Armento were attempting to steal prescription drugs from a friend's home in the Bronx. The Post reports, "Brancato had hoped to extend their high with drugs from friend Kenny Scovotti - apparently ignorant of the fact that Scovotti had been dead for months and that the door would be locked." When their break-in got noisy, they left to find drugs elsewhere, but their unsuccessful attempt brought them back to Scovotti's house.

This time, police officer Daniel Enchautegui confronted them, and Armento shot him. Enchautegui managed to fire back, hitting both men, before dying. Armento was found guilty of the cop's murder last month.

The Daily News explains that in order to find Brancato guilty of murder (in spite of not firing the gun), "under the state's felony murder law, [prosecutors] must prove Brancato committed the burglary in order to find him guilty of murder." ADA Terry Gottlieb said, "In their effort to get drugs to satisfy their own desires, they took the life of a New York City police officer."

But defense lawyer Joseph Tacopina said his client had no idea Armento was armed and that Brancato "believed he had permission to enter and get drugs, as he did many times before." He added that Brancato "never left his family in the Bronx for the glitter of Hollywood... He certainly succumbed to another substantial temptation, one that ruined his life, hurt his family, and that’s something that he deals with every day: Lillo Brancato is a drug addict.”