Boyfriend Accused Of Killing Girlfriend Posts On Facebook, "In All Honesty, It Was An Accident... Please Pray For Me" 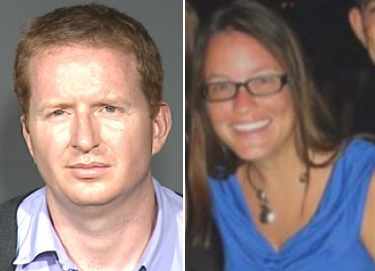 Jason Bohn, the Columbia graduate lawyer who is accused of killing his girlfriend in their Astoria apartment, is currently in Bellevue's psych ward. But that hasn't stopped him from commenting about the death of Danielle Thomas (he was indicted for first degree murder last month). On Monday, this rant appeared on his Facebook page:

Shakespeare couldn't have written a sadder, romantic, tragedy...I suspected she was a cheater. At the very least, I gradually confirmed she was a compulsive liar, particularly with regard to relations with the opposite sex, both past and present. As a result I grew insecure and abusive. In hines-sight one of us should've walked away. But, I was already madly in love with her. I was also extemely mad (both meanings).

The night in question? In all honesty, it was an accident. In short, I was heavily intoxicated, under a great deal of stress, and completely blacked out. I woke up the next morning in complete shock.

My knuckles were bruised badly and she was on the floor unconscious. Without a doubt she was the love of my life, and in the end I don't have enough emotional capital left for a trial and years behind bars. I miss her so so much.

Currently housed at the Bellevue Mental Hospital Prison Ward. I alternate between crying uncontrolably in my cell while I stare at her office building from my window to fighting with other inmates over food. As some of you may already know I was institutionalized as an abused and abandoned child.

Clearly despite all of my hard work, I never fully recovered. I'm not going through that again. Thank you for being my friends! Very heartfelt sorry to all of the people I hurt over the years, especially her and her family/friends. God Bless! Please pray for me.

Apparently Bohn dictated the words from Bellevue to his brother Chris who posted the message.

Thomas had sought a restraining order from Bohn in early June, and a police officer overheard him yelling, through her phone, "It’s war! I’ll dedicate my life to hunting you down like a dog in the streets. I am going to make your life impossible." A few weeks later, Bohn allegedly beat and strangled Thomas to death a few days before she was found, kept her body cold in an ice-filled bathtub, and sent text messages to her worried friends from her phone.

The Post reports, "His brother told The Post that the two suffered a childhood of constant abuse at the hands of their drug-addled father in a Florida trailer park. Their father put beer in their bottles when they were babies, and later turned Jason on to cocaine, Chris said." However, Thomas's grandmother was not very sympathetic and wasn't shocked that Bohn would blame Thomas, "It’s to be expected. Jason murdered my granddaughter. What else is there to say?”

#bad idea
#bellevue
#danielle thomas
#facebook
#jason bohn
#murder
Do you know the scoop? Comment below or Send us a Tip