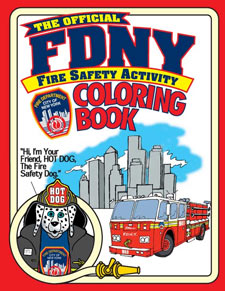 A 7-year-old Manhattan boy is hospitalized today with burns over 70% of his body after an attempt to make S'mores in a Murray Hill basement went horribly wrong. As opposed to the usual case of youthful misadventure, responsibility for the boys injuries appears to lie with a supervising parent, who allegedly threw a volatile flammable liquid on an open flame, which exploded in the boy's face.

The boy was roasting S'mores with a friend on East 36th St. last night when a woman sprayed what the Post identifies as possibly rubbing alcohol onto the basement barbecue. It's unclear whether the 7-year-old will survive, but charges have not been filed yet against the host mother, Dr. Rhonda Kavee. The pediatric dentist was holding a birthday party for her son and moved the hibachi grill indoors due to the poor weather.

Regardless of whether one is throwing gas or other flammable fluids onto an open flame in the presence of small children, barbecuing indoors is very dangerous and a terrible idea. The FDNY has a list of barbecue safety tips, one of which is to never burn a charcoal grill indoors no matter how much ventilation is available. That can lead to death by carbon monoxide poisoning. Also, one should never spray flammable liquids on an open flame. And of course, children should be kept away from open fires and grills.