"Boulevard Of Death" Will Get Protected Bike Lanes, Pedestrian Walkway

The stretch of road in Queens where 38 New Yorkers were killed and 448 more were injured from 2003 to 2013 is getting a protected bike lane and a dedicated pedestrian walkway.

The first phase of the $100 million, 7-mile Queens Boulevard overhaul is set to begin in August, stretching 1.3 miles from Roosevelt Avenue to 73rd Street, according to the DOT. 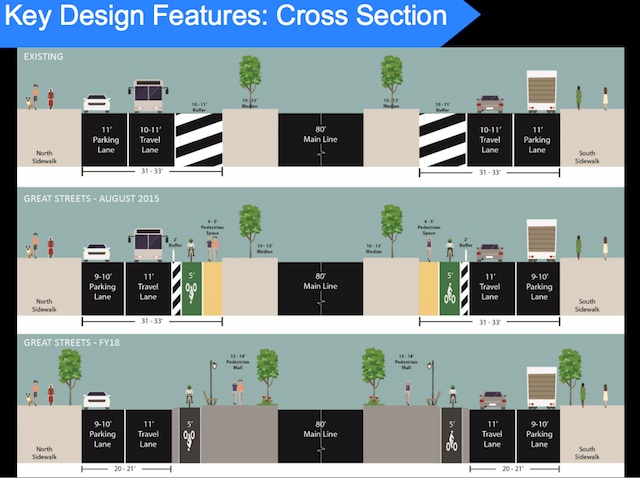 In addition to carving out space for pedestrians and cyclists, the plan "seeks to focus through traffic on the main line roadway and reduce the incidence of motorists switching repeatedly between the main line and service road, a situation called 'road shopping,'" a DOT release states. 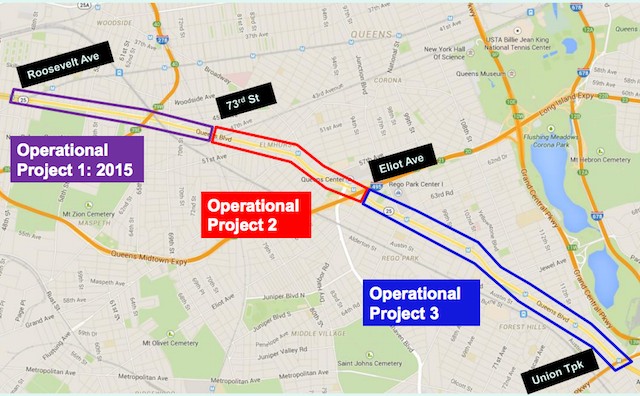 "Instead of proceeding via high speed slip lanes, vehicles transitioning between the main roadway and the service road will use 'STOP' controlled right-turn lanes, which will slow speeds and allow for safe bicycle and pedestrian crossings."

The first phase of the plan is being presented to CB 2's Transportation Committee tonight, and is expected to be approved by the full board in June. The entire project is expected to be completed by FY 2018. More information on the plan can be found here [PDF].

“After decades of crashes, many of them fatal, this corridor has been re-imagined and will be redesigned to become a safer, greener, and more attractive corridor for residents and businesses, suitable to traverse through the World's Borough," DOT Commissioner Polly Trottenberg said in the statement.

#bike lanes
#boulevard of death
#pedestrian safety
#queens boulevard
#vision zero
#original
Do you know the scoop? Comment below or Send us a Tip