Both Sides on Term Limits Begin to Mobilize 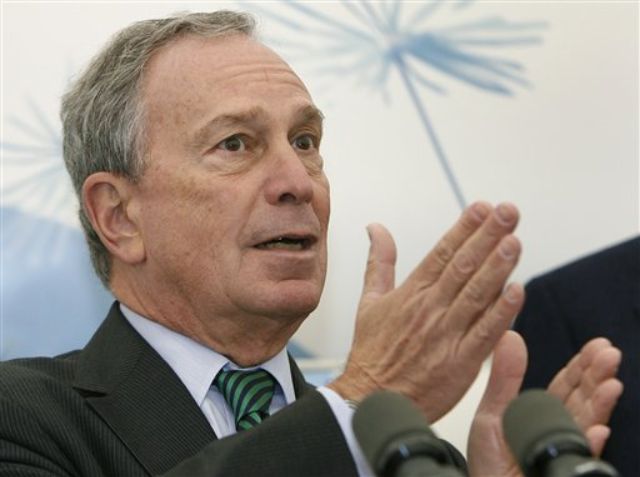 Photograph of Bloomberg by Michael Sohn/AP

How far will Mayor Bloomberg and Speaker Quinn go in order to get term limits legislation passed through City Council? One source tells the Post that next year Quinn is considering "significant reorganizing of everything, including the Finance Comittee." Such a reshuffling might give the Speaker a convenient way give a push out the door to Finance Committee Chairman David Weprin, one of the most vocal critics of the term limit bill. That would cost Weprin $18,000 of annual salary he receives from his chairmanship.

For his part, the mayor denies that such threats would be part of courting term limit votes. However, Bloomberg did defend Quinn to the press saying, "Her job is to corral people and convince them to support legislation." And while some Council members are discovering a change of heart against extending term limits because of how the process has gone down, the mayor praised ones like Quinn who have had a turnaround in favor. Bloomberg said, "People that don't change their mind when the facts change are so dogmatic, they're not very practical or effective."

Meanwhile, it seems like opposition to the mayor's term limits bill is coming from a new direction everyday. Word is that the NYC Teachers Union is preparing to come out against it and yesterday the New York City Bar said they think the issue should go to a public vote. Plus Bloomberg foe State Senator Kevin Parker is planning to present legislation in Albany attempting to block any changes from taking place without a voter referendum. He went so far as to call the mayor "the worst kind of petty, grubby little politician that anybody has ever seen in this city."

You might even hear the term limits issue hitting the streets of your neighborhood. Today the Working Families Party announced that they have begun a large-scale campaign against the mayor's plan. They will be sending out 100,000 fliers and loudspeakers to the districts of seven undecided Council members. After the jump is a map from the Times breaking down district by district how the vote currently lies. 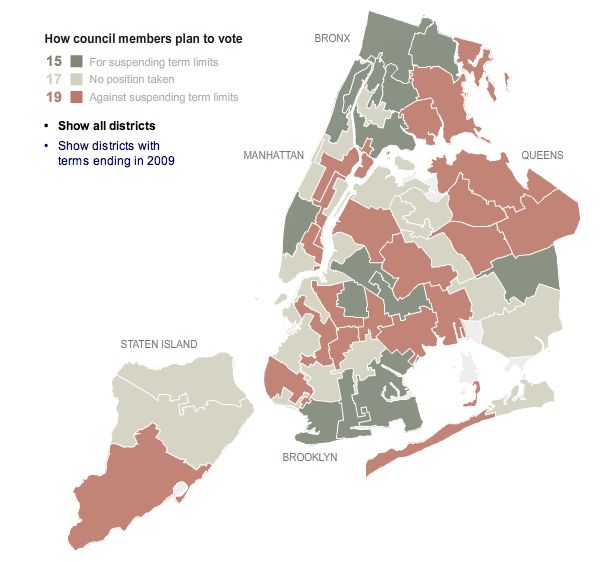