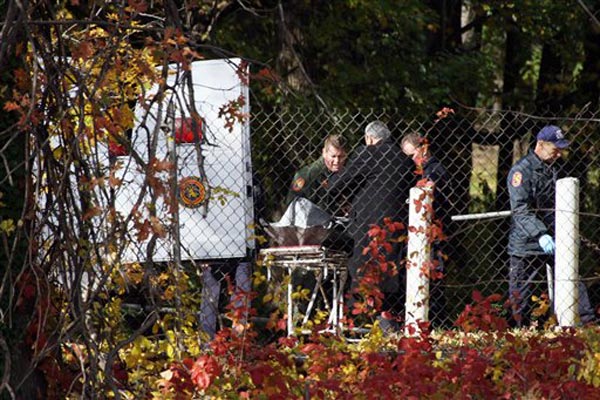 Police say that the body discovered yesterday morning in North Hills is that of teacher Leah Walsh, who had been missing since Monday morning. And her husband, Bill Walsh, was arrested and charged with her murder. 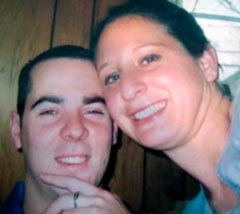 Leah Walsh, 29, never showed up to her job as a teacher to autistic children in Glen Cove; the school contacted her family, who reported her missing. As WCBS 2 explains, "Her car was found -- coincidentally by her father, a bus driver who happened to be on the highway later Monday morning. Her purse was found in a ditch nearby."

Her husband, Bill Walsh, also 29, had made tearful pleas begging for her return and hanging posters of her picture, "I miss her more than anything. I need everybody's help. Anybody that could have seen anything, just let us know." However, police apparently found inconsistencies with his story and say he lied about their marital problems.

Leah Walsh's friend Lucas Bean told the Daily News he received text messages from her over the weekend that indicated trouble in the marriage, "She told me the marriage is over. [She said] 'I'll tell you why when I talk to you. It's something really, really bad.' [She said] she was definitely getting a divorce, there was no way she could stay with him after what he'd done." Bean indicated that Leah Walsh found her husband had been cheating on her.

Update: The Nassau County police had a press conference, saying that Walsh choked his wife to death on Sunday, fabricating the text message he received from her on Monday morning, leaving her car on the Seaford-Oyster Expressway with the flat tire and making "phony emotional pleas in the media." From Newsday:

Leah Walsh, 29, was killed by her husband at their Bethpage home early Sunday after he returned home from a trip to Atlantic City and the couple argued over his possible infidelity, Nassau police said.

Walsh dumped her body in the woods in North Hills on Sunday night and then staged her disappearance Monday morning. His wife's body was found Wednesday.

Police Commissioner Lawrence Mulvey added that Walsh "should not enjoy one nanosecond of freedom for the rest of his life." However, the suspect's family says the police coerced him into confession (cops say they have a written confession) without a lawyer present.

#Bill Walsh
#husband
#Leah Walsh
#long island
#missing teacher
#murder
Do you know the scoop? Comment below or Send us a Tip