Board Of Elections Suspends One Employee For Primary Day Debacle

The Republican head of the Brooklyn Board of Elections is taking the fall, at least temporarily, for some of the many reported irregularities that may have left many unable to vote citywide on Primary Day. Clerk Diane Haslett-Rudiano has been suspended without pay pending an internal city Board of Elections investigation into her handling of voter rolls in Brooklyn, where 126,000 registered Democrats were removed from active status since November of 2015. Mayor Bill de Blasio said that whole buildings, and even whole blocks, had been removed from the active voter rolls.

The suspension is the first acknowledgment by the BOE that its leaders and administrators might have mishandled records in the lead-up to the presidential primary. Hundreds of reports statewide of voters who believed themselves to be registered with a party, mostly the Democratic Party, and found on or shortly before Primary Day that they were un-registered or listed as independents have prompted a state investigation, a city audit, and a federal lawsuit.

On Wednesday, board director Michael Ryan said, "No one was disenfranchised," and blamed, as state, city, and judicial officials have throughout weeks of public concern, new voters' unfamiliarity with New York's closed primary system, and long-time voters' buyer remorse for having changed parties sometime in the recent past.

The Board of Elections is an agency built on political patronage, and periodic fits of outrage over its deep dysfunction have resulted in few if any reforms over the years. Commissioners, who oversee top-level hiring, are hand-picked by the political bosses of the Republican and Democratic machines and approved by the City Council, making the board accountable to party operatives, but not the public.

For instance, Haslett-Rudiano has run the Brooklyn office for at least 10 years despite a scandal a decade ago that would give HR directors migraines. A 2005 Department of Investigation probe found that she had lied about her address on her voter registration, saying that she lived in East New York when she actually resided in Forest Hills. Commissioners cleared Haslett-Rudiano of felony voter fraud charges, and allowed her to keep her job, after considering undisclosed mitigating factors.

The now-embattled clerk has a more clear record of being a scofflaw in another area, having hoarded a vacant brownstone on the Upper West Side for years, and let it fall into extreme disrepair, despite complaints from neighbors and numerous fines from the Buildings Department. She sold the decrepit building for $6.6 million in 2014. 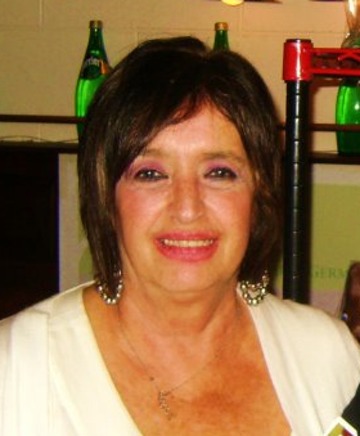 There are indications, also, that Haslett-Rudiano is not the only one to blame for the irregularities associated with the Brooklyn purge. WNYC reports that the BOE is specifically looking at "whether she skipped a step in the list maintenance process that led to the voter purge," but the New York Post's unnamed sources believe that she was only responsible for Republican records, and that her colleague deputy clerk Betty Ann Canizio was supposed to oversee the Democrats' registrations. Then again, as a damning 2013 Department of Investigation report [pdf] on the agency explains, the purging of a voter from the rolls requires the sign-off of two BOE employees, one from each party.

Canizio has her own record of allegedly skirting the law, as the Post reports:

Canizio was also at the center of a illegal parking placard scandal that rocked her office — yet somehow avoided punishment.

Two Brooklyn elected officials told The Post Canizio bragged at a Democratic committee meeting in 2014 that she illegally gave away her city-issued parking placard to her husband so he could avoid tickets. She then recruited David Annarummo, a BOE administrative associate, to drive her to and from work as part of his duties.

Annarummo was one of the five staffers busted using fake, photocopied parking placards and slapped with fines of up to $500 by the city’s Conflicts of Interest Board.

He signed a disposition last September admitting to using a “forged” permit to drive his boss to work from June to December of 2014. His statement never mentioned Canizio by name but notes “the deputy chief clerk was in the vehicle while the forged BOE parking permit was displayed in the windshield. For this reason, I believed that the heads of the BOE Brooklyn Borough Office were aware of and condoned employees’ use of the forged parking permits.”

Mayor de Blasio this week called for "major reforms" to the agency, but it's not clear what shape they might take or what he could do to make them happen, and City Hall won't elaborate. He isn't the first to bemoan the dire state of the Board. In 2008, then-mayor Michael Bloomberg said, "The public is as badly served by this agency as any city thing or state thing I've ever seen."

The BOE has not responded to several requests for information and comments, and an interview with Ryan.