Blow From Golf Club Puts Child Into a Coma 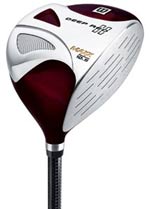 A furniture-smashing fit by a grandfather angry with his son has left his six-month-old granddaughter in a coma and clinging to life after the club head struck her in the skull. McKinley Williams is the 52-year-old grandfather who was upset with his 22-year-old son. It is unclear what the Saturday afternoon argument was regarding , but Williams was smashing furniture with a golf club to punctuate his side of it, as the younger man's wife, Isabel Torres, and their daughter, Shariyah Stewart were in the room in an apartment in the Bronx.

Police said that at some point during the older man's tantrum, the head snapped off of the golf club and struck the child, who was sitting in a stroller, in the head. Shariyah was taken to Montefiore Medical Center, where she was in critical condition last night. His granddaughter badly injured, McKinley Williams fled the apartment and police are currently searching for him.