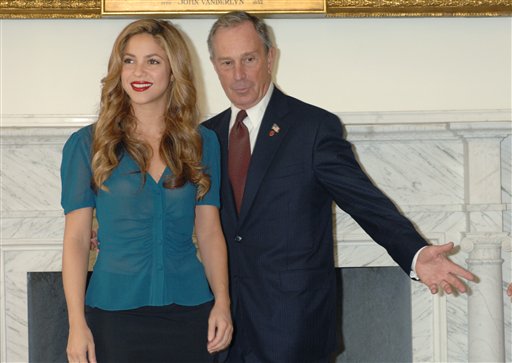 With the U.N. General Assembly in session, the city has been hopping with dignitaries. On Wednesday, Mayor Bloomberg and Schools Chancellor Joel Klein were praised by President Bush at P.S. 76 in the Bronx. The President noted, "The city tackled the challenges of underperforming schools in such a way that it's become a model for urban schools. This achievement is a hopeful sign for other school districts across America. New York City can do it, you can do it" Bush also remarked that Bloomberg had moved "aside bureaucracy."

The next day, at the Clinton Global Initiative, Bloomberg got along famously with former President Bill Clinton, even cracking a joke at the expense of Dubya. From the Politicker:

In an attempt to foster a debate among four people who agreed, the moderator, Zeinab Badawi, tried for most of the event to introduce critical points of view not represented by people on the panel.

After about 45 minutes of that, Bill Clinton said, “I think will all respect, I think my opinions on the economy are entitled to at least as much respect as these naysayers that are in control now .”

Bloomberg jumped in at one point to tell the moderator, “Yeah, but remember, he got elected, they didn’t.”

And also on Thursday, the Mayor welcomed Shakira. She was in town to discuss a $40 million initiative to help victims of natural disasters in Peru and Nicaragua as well as a $5 million health and education program in four Latin American countries. We wonder if they discussed how Mayor Bloomberg liked her Hips Don't Lie video.