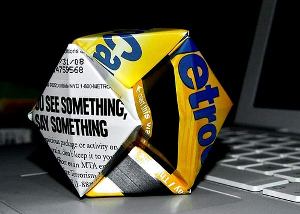 So much for halting the hike! Mayor Bloomberg and Governor Spitzer have both given their approval of the MTA's proposed 4-7% fare hikes for subway and bus riders. The base fare will remain $2, but the unlimited Metrocard prices will increase.

The Mayor (from China apparently) said, "Based on the information that my staff and I have received and reviewed over the past few weeks, I am now satisfied that the MTA budget is a responsible plan that includes important cost reductions. I agree with Governor Spitzer that this fare increase is necessary to maintain an adequate level of service and balance the needs and obligations of all who use this critical part of the region's infrastructure." However, the Straphangers' Campaign Gene Russianoff said, "The Spitzer administration should not propose a state budget filled with inadequate support and gimmicks for transit."

The Daily News is bitter, and their editorial board writes, "Gov. Spitzer and Mayor Bloomberg aren't the ones standing at the bus stop every bone-freezing morning. They're not the ones who have to claw through the throngs on the train platform to get to work halfway on time. No, that's you."

And City Council Member Simcha Felder said, in what Second Avenue Sagas calls the best statement from a City Council member, "I’m not surprised that the MTA has found a new way to rip us off by holding the base fare favored by tourists at $2, while raising every other fare, including the fares of the weekly and monthly unlimited passes. Hard working New Yorkers, who have to deal with crowded trains, delayed and intermittent service, and dirty subway stations every day should be the ones shielded most from fare hikes."

The NY Times does some math to figure out the best Metrocard option and ultimately finds, "Whatever you are doing now is what you should do in the event of a fare increase." And what about yesterday's ballyhooed webinar, which was supposed to be a way for the public to interact with the MTA about the fare hike, but ended up flaming out? Well, this is the email we got from MTA CEO and Director Lee Sander:

Thank you for taking the time to register for today’s fare and toll webinar. Unfortunately, we experienced some technological difficulties which created difficulty for some participants to view the slide presentations being given. For that we sincerely apologize.

Even though the technology didn’t work perfectly for us this first time, the webinar format and the extremely successful Public Engagement Workshop we held on November 17th, were noble experiments to expand our public outreach efforts. We learned a lot today and look forward to better employing the electronic element in the future.

The good news is that virtually everyone who signed on was able to hear the presenters and to submit questions. In fact, several hundred questions were asked by the hundreds of individuals who ultimately joined us. Since many were similar in nature, we will categorize them and post answers on the MTA website (www.mta.info) later this week, along with a complete copy of the presentations that were given.

We also encourage you to review the details of the current fare and toll proposals at www.mta.info and to submit comments on those proposals by e-mail or by writing us at 347 Madison Ave, NY, NY 10017, prior to the MTA Board’s deliberations on this matter on December 19th.

Again, thank you for joining us today.

If you made it online to the webinar, let us know. We suspect no one not related to the MTA made it. In the meantime, check out the webinar presentation (PDF).