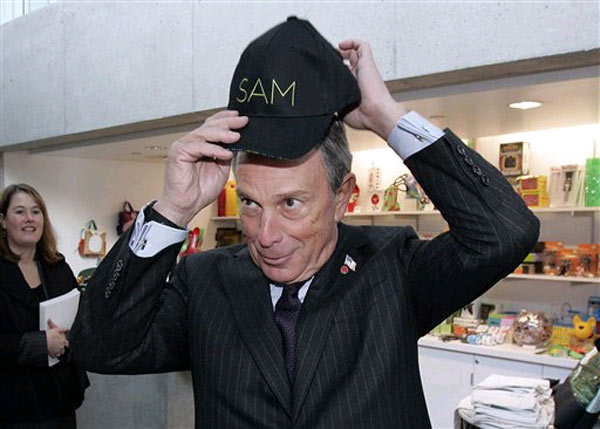 Mayor Michael Bloomberg was in Seattle yesterday to give a keynote at the United States Conference of Mayors. The Mayor, aka Mr. "I'm not running for president in 2008" Bloomberg, discussed NYC's efforts to be more sustainable and how governments need to invest and innovate to encourage energy efficiency. And one of the innovations would be to introduce pollution pricing. He said:

we have to stop ignoring the laws of economics. As long as greenhouse gas pollution is free, it will be abundant. If we want to reduce it, there has to be a cost for producing it. The voluntary targets suggested by President Bush would be like voluntary speed limits - doomed to fail. If we're serious about climate change, the question is not whether we should put a value on greenhouse gas pollution, but how we should do it.

The Mayor said that by implementing a greenhouse gas tax, coal-fired plants would be incentivized to change to natural gas. He also suggested the cap-and-trade style fees that most politicians support would end up costing consumers more in the end, saying, "The certainty of a pollution fee - coupled with a tax cut for all Americans - is a much better deal. It would be better for the economy, better for taxpayers, and ... better for the environment."

You can read his whole speech here. The Mayor will be traveling to Bali next month, to speak at a United Nations meeting on climate change.