Bloomberg May Raise Taxes By 15% 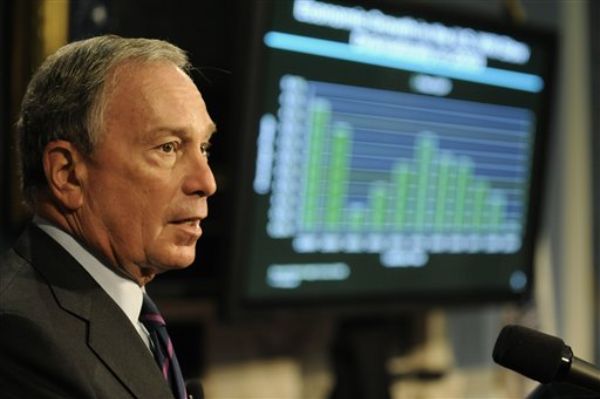 With all of the headlines going to the plethora of angles to come out of the big Election Night fallout, Mayor Bloomberg took the opportunity yesterday to drop a bombshell on us: personal income taxes for city residents could be going up as much as 15%. That idea came out of the mayor's press conference yesterday addressing the grim state of the city economy where he also revealed that the previously promised $400 tax rebate would no longer be happening. That's a move that even #1 Bloomberg ally Speaker Quinn said she was troubled by.

The budget maneuverings are the most dramatic ones the mayor has proposed since after 9/11 when he raised sales and income taxes, as well as property taxes by almost 20%. A 15% increase on income taxes would mean that those making between 50k and 75k a year would be paying almost $250 more in annual taxes. That's enough to prompt the Daily News to include a poll alongside their story: "If income taxes are raised up to 15%, would you consider moving out of New York City?"

And how does this all play into the mayor's campaign for a historic third term with Election 2009 now in the immediate horizon? Is he playing reverse jujitsu knowing that raising taxes is such an unpopular election year move that it would make New Yorkers cling to him tighter in the face of just how severe economic conditions are? In an interview with WCBS Radio just this morning, the mayor said, "The tougher things are going to get, the more obligation I have to stay here."

#budget
#election 2009
#mayor bloomberg
#speaker quinn
#tax hike
#taxes
Do you know the scoop? Comment below or Send us a Tip