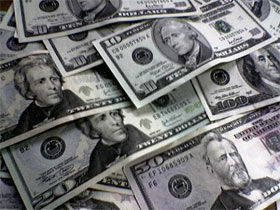 Mayor Bloomberg has often said that NYC's economic good times wouldn't last forever, even with billions in the most recent budget surplus, and he got serious about it yesterday. He told commissioners in all city agencies to imposed a hiring freeze for all areas (the exceptions are for essential public safety and health workers).

The city believes that with the credit problems plaguing the economy and a slower real estate market, the city's tax revenues won't be as booming as previous years. Overall, a $2.7 billion shortfall is expected for the 2009 fiscal year, and it could grow to $4.8 billion in 2010 and $6.5 billion in 2011. City Council Speaker Christine Quinn said, "The mayor is right and responsible to say to his commissioners, 'Take a look at your budget, see if there are places in there where there is fat.'" Spoken like a true 2009 mayor candidate who doesn't want to face a city economy in crisis!

Agencies will have to submit budgets with a 2.5% cut for this fiscal year and 5% next year by November 19. The city will then look to shave $500 million to $1 billion from the budget from various agencies.