Bloomberg Is Trying To Snuff Out Your E-Cigs

The Bloomberg administration is quietly working to explicitly categorize electronic cigarettes as tobacco products and enact a sweeping ban on flavored e-cigs.

The details of the plan come from a newly leaked draft of three tobacco-related bills currently making their way through the City Council; one would raise the tobacco age to 21, while another would prohibit the display of cigarette advertising in stores. A third bill would prohibit the use of tobacco coupons, create a $10.50 price floor for cigarette packs, and increase the fines against those selling illegal cigarettes.

Initially the bills, drafted by the Health Department and introduced into the Council at the request of Mayor Bloomberg, were silent concerning the City's position on electronic cigarettes.

"The bills were written with no intention of addressing electronic cigarettes at all," Health Department Commissioner Thomas Farley told e-cigarette proponents [PDF] at a hearing in May.

The draft language reveals that this is no longer the case. While menthol and tobacco flavored e-cigarettes would ostensibly remain available at convenience stores, the burgeoning flavored e-cig market would ironically be relegated to "tobacco bars," of which there are very few in New York City—mostly because they must have been in existence before December 31, 2001.

Dr. Siegel adds, "I think this would be a public health disaster." 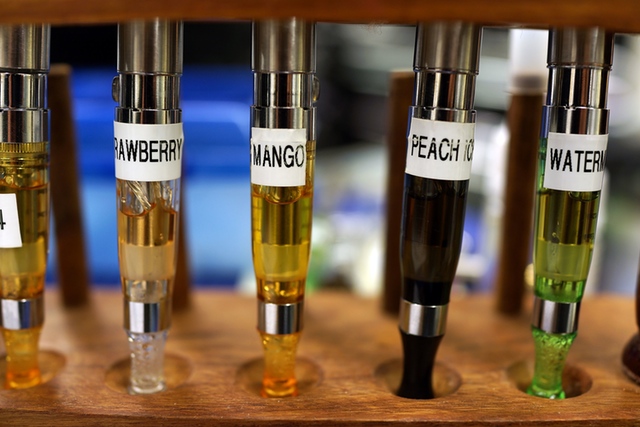 The ban would also hurt local e-cigarette makers. "It would be a detriment to our business, for sure," Jesse Gaddis, the CEO of e-cig company Bedford Slims says in an email. "Our Dark Roast (coffee flavor w/caffeine) sells really well in NYC... Where is the research that suggests that flavors are drawing kids to this type of product?"

The draft of the bill cites a Florida study noting that 8.4% of high school students tried e-cigs in 2012, an increase of 40% from the year before. "Restricting the display of electronic cigarettes will reduce electronic cigarette use among youth and prevent the emergence of a new generation that is addicted to nicotine."

The bill also makes the claim that, "Electronic cigarette marketing is often designed to deter smokers from quitting and to attract youth."

"It's an inane statement and there's no support for it. It just doesn't make any sense. It's crazy," Dr. Siegel says. "What e-cig companies want you to do is use their products as much as possible, otherwise they don't make as much money."

Gaddis also shared this anecdote: "A fifteen-year-old once asked me for a smoke in a bodega. I said, 'No, I don't smoke, I sell e-cigs.' He told me he doesn't smoke 'robot dicks.' "

Samantha Levine, spokeswoman from the Mayor's office, declined to comment on the specific language in the bills, saying only, "We are in ongoing discussions with the Council."

A spokesperson with the Health Department also declined to comment on the language of the draft: “We are currently working on several tobacco bills with the Council. As part of any legislative process, there are various drafts and versions before a bill becomes final."

Gregory Conley, an attorney and legislative director for The Consumer Advocates for Smoke-Free Alternatives Association, the organization that leaked the draft, said he was surprised at the proposed bill's language given the tenor of the meeting in May.

"Approximately 20 e-cigarette users spoke before the Health Committee and it was strongly implied by the Council members that the ordinances would be amended to protect consumer access to low-risk alternatives," Conley said.

"It appears that the Bloomberg administration is banking on the City Council rubber stamping their new ordinances, the passage of which would constitute a backdoor, unannounced ban on the sale of flavored e-cigarettes and e-cigarette liquid in New York City."

Dr. Siegel adds, "I have no problems with this ordinance as a whole—raising the age, banning advertising. But [electronic-cigarettes] are a product that's literally saving people's lives, people who are literally at risk of disease and death, and giving them an alternative.

"What are these people gonna do?"

#controversial smoking cessation devices
#department of health
#e-cigs
#electronic cigarettes
#nanny bloomberg
#original
Do you know the scoop? Comment below or Send us a Tip