Bloomberg Has "Borough Bias" When It Comes To Inspections, Report Alleges 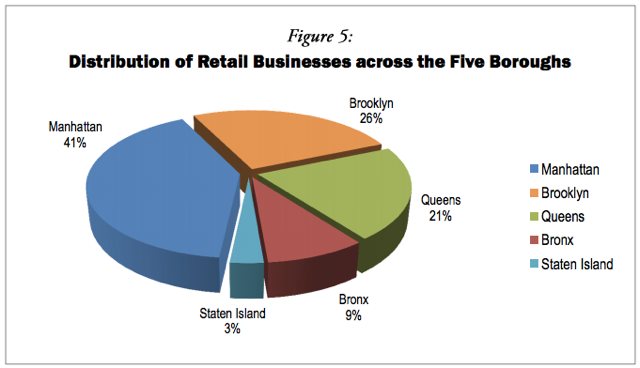 The bigger disparity, according to the report, appears to be on the DCA side of things where of the 76,515 total inspections conducted citywide, Manhattan businesses received 16 percent less of the citywide share than expected (compared to the total number of businesses in the city), and the Bronx received 10 percent more than expected. Putting that in financial terms, of the $22,103,392 in fines issued citywide by the DCA, "Manhattan was fined almost
$4 million less than expected, with the Bronx and Brooklyn paying significantly more than their share." 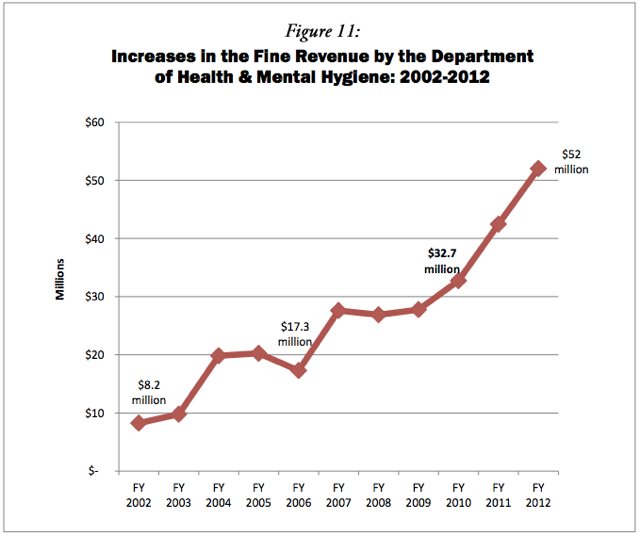 Meanwhile the DOH has also been on a fining binge the last few years (which other pols have also pointed out) with an apparent bias towards inspecting and ticketing eateries in the outer boroughs (and in upper Manhattan). Revenue from DOH fines has gone from $8.2 million in 2002 to $52 million in 2012! The approximately 27,000 food service establishments in the city paid an average of $1,925 dollars in fines in 2012! 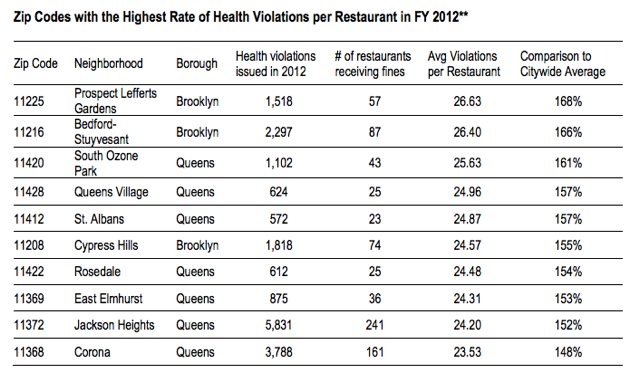 Interestingly, of the 10 neighborhoods with the highest rate of health violations per restaurant, six were in Queens and four were in Brooklyn. The 11225 Prospect Lefferts Gardens ZIP code did the worst, with an average of 26.63 violations per restaurant. Whether or not those violations were legitimate, however, is what the Public Advocate is worried about. Looking at DOH data regarding the nature of violations they note that the

the violation most often cited is “Non-Food Surface Improperly Constructed.” Industry experts have questioned this violation category as extremely subjective, which inspectors give incredible leeway in penalizing restaurant owners for non-compliance. This violation makes up on average 10% of all violations issued every year, and in FY 2012 alone, more than 36,000 such violations were issued to the roughly 27,000 food service establishments in the city.

According to de Blasio, the increasingly "Kafkaesque" fines (yesterday he told of one restaurant which was fined for having forks and knives sticking out too far over the napkin on a table) and says what his report really shows is that the Bloomberg administration's "desire for revenue" without actually hiking taxes has been an assault on the city's small businesses. We're not sure that is exactly what the report proves, but you can decide that for yourself: