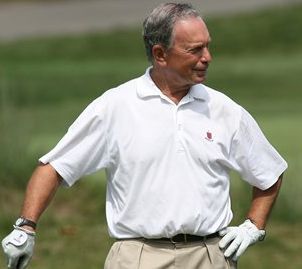 At this point, the next chapter in the saga of whether Mayor Bloomberg and City Council will make a play to extend term limits is waiting to be written by whichever of the two parties will officially pull the trigger and begin the process. Yesterday on his weekly radio show, Bloomberg hinted again that he would sign a proposal to extend the current limits for both him and the Council themselves, but refused to commit saying, "I never speculate on what I'll do until I see a piece of legislation." Council members, meanwhile seem to be reticent to draft a bill until they officially know Bloomberg's official stance. "I don't think we're going to send him a bill until we know where he stands," Councilman Lew Fidler said.

With the mayor already having met with the owners of the city's newspapers and received their pledged support, the Council seems poised to enact legislation. Councilman Oliver Koppel said that it could happen "within twenty-four hours" if Bloomberg pushed forward. However, term limits biggest proponent Ronald Lauder questions if the mayor's flirtation with staying in office could just be a ploy to avoid a lame duck status and retain power over the council in his remaining months. He told the NY Post, “The longer Bloomberg plays Hamlet, the more strength he has in dealing with the City Council.”

Another reason the mayor may be hedging his bets on the term limits issue is because there is supposedly a good deal of opposition to the idea within his own administration. The NY Times reports that Bloomberg's deputy mayors and aides are discouraging any move to shake up the term limits law. The paper suggests Bloomberg's staff is burnt out by the billionaire mayor's demanding schedule and fear that overturning the law to allow him to stick around another four years would tarnish what they see as a proud legacy.

#City Council
#deputy mayor
#mayor bloomberg
#Ronald Lauder
#term limits
Do you know the scoop? Comment below or Send us a Tip