Bird Smuggler Caught With 70 Finches In Hair Rollers At JFK

U.S. Customs and Border Protection agents seized a charm of live finches (that's right, a "charm"—isn't that nice? hold on to that feeling...) at JFK Airport earlier this month, having discovered 70 contraband birds entombed in tiny hair roller prisons and packed inside a black duffle.

When I heard this news, a fantastic image popped into my mind: That of a uniformed investigator suspiciously patting someone's chirping carry-on bag, only to cautiously unzip the top and accidentally free a cloud of agitated finches, which proceeded to zoom cheerfully around the airport for months, relishing their restored flight power. Unfortunately, that is not the way this story ends.

The finch smuggler brought in this haul on a flight from Georgetown, Guyana, on December 8th. The suspect netted each captive inside its own individual roller, secured with electrical tape to ensure the birds couldn't escape in a conspicuous flap. To judge by photos distributed by the CBP, our avian travelers did not enjoy this mode of transportation very much, some clawing at the holes in their rollers as if hoping to jailbreak themselves. 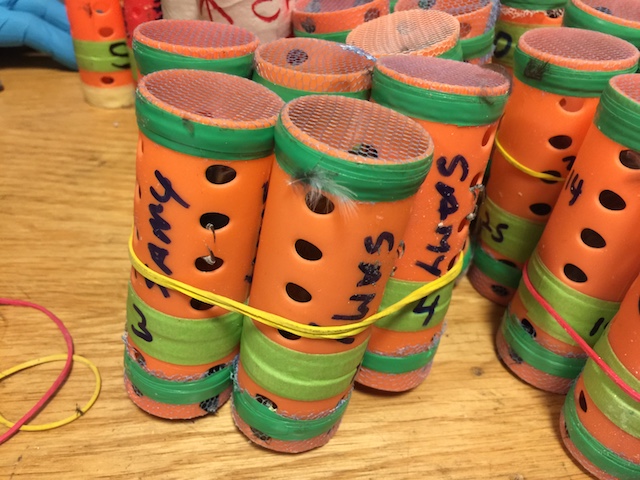 The contraband finches in their rollers. (Courtesy of U.S. Customs and Border Protection)

See those sad little krampus hands creeping from their cages? Don't do this to the finches! 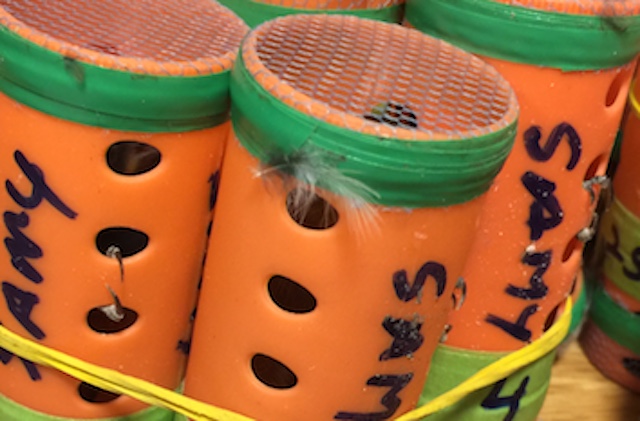 In addition to animal cruelty, this secret avian haul raises concerns over disease transmission. The CBP pointed to a 2015 bird flu outbreak (Highly Pathogenic Avian Influenza) that reportedly "resulted in the culling of 50 million commercial turkeys and chickens, and $850 million in damages."

"CBP Agriculture Specialists are the first line of defense to prevent the introduction of animal diseases that have the potential to cause significant damage to the Nation's agricultural economy," Troy Miller, Director of Field Operations at the New York Field Office, said in a statement, which noted that the finches were turned over to the U.S. Department of Agriculture Veterinary Services.

CBP spokesperson Anthony Bucci said the thwarted bird smuggler is a Guyanese citizen, and that "he was not admitted into the United States and was sent back to his home country."

Bucci told Gothamist that some people like to gamble on the birds, betting on how many chirps they'll chirp in a minute. The NY Times has previously reported on these "speed singing contests," which pit finch against finch in a high-stakes competition to see who can sing 50 songs fastest. Competitors can be worth anywhere from $500 to $10,000, according to the Times, and considering the lucrative nature of the trade, illegal bird busts are not exactly a rarity for JFK customs agents. According to the Times, finches have been found "zipped into suitcase linings, sometimes stuffed in toilet paper rolls, or tucked inside socks, pantyhose, or specially tailored pants." 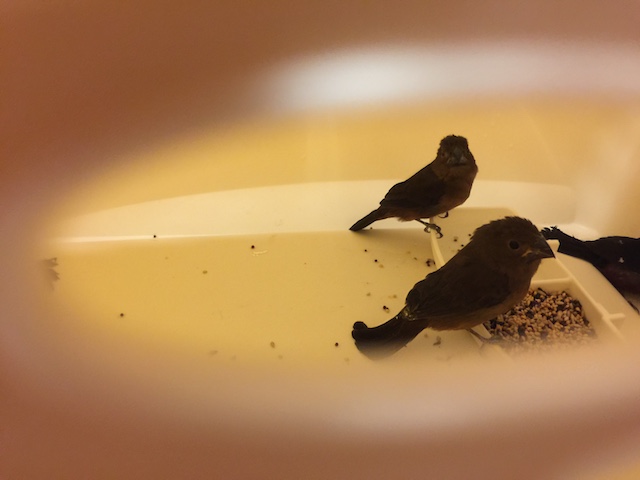 Having been sent a photo of the freed finches enjoying a snack, I initially concluded that things had improved for our flock after CBP rescued them. Then I received a reply from the Department of Agriculture Veterinary Services, and now have the extreme displeasure of informing you that "the birds were humanely euthanized because of their condition and disposed of by incineration," in the USDA spokesperson's words. Please, for the love of Mandarin Patinkin, leave the birds alone!