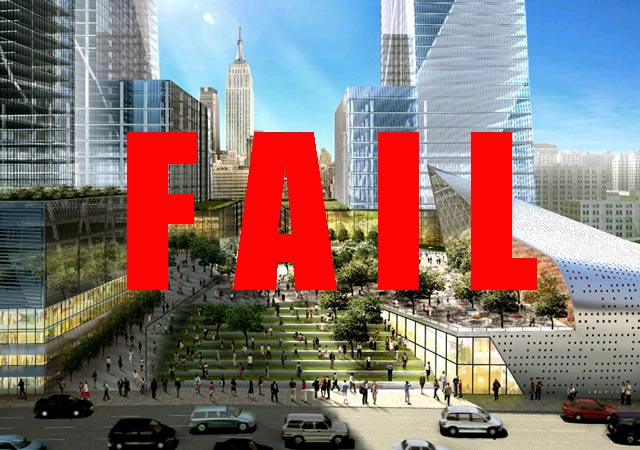 This evening, the MTA released a press release signaling that the plan to turn the West Side Rail Yards into Hudson Yards won't be happening any time soon. Apparently, developer Tishman Speyer, which won the bidding with a $1.004 billion proposal, got too grabby. At least, that's what the MTA"s statement seems to suggest:

Late this afternoon, negotiations between the MTA and Tishman Speyer over the development of the Rail Yards on Manhattan's Far West Side reached an impasse. The cause of the impasse was Tishman Speyer's attempt to change a central deal term in an effort to postpone the closing on the Eastern Yard until the Western Yard was satisfactorily re-zoned. This demand changed the economics of the proposed deals and the certainty of payments to the MTA. The MTA remains committed to developing these unique and very valuable parcels of land.

To clarify things, per the AP, "Tishman no longer retains the development rights to the Hudson yards." Poor (heh!) Mayor Bloomberg--he's been hoping to see development at the West Side yards for a very long time. But CBS 2 points out the Hudson Yards dream is a complicated one, what with the developer needing to spend approximately $2 billion to build a platform over the yards and questions about whether the MTA will really build a subway extension.

Tishman Speyer did not comment. Deputy mayor for economic development Robert Lieber said it was "very disappointing" but the city is committed building up the West Side And here are renderings of Tishman's plan (NY Times critic Nicolai Ouroussoff is probably thrilled!).

#development
#hudson yards
#MTA
#real estate
#tishman speyer
#west side rail yards
Do you know the scoop? Comment below or Send us a Tip