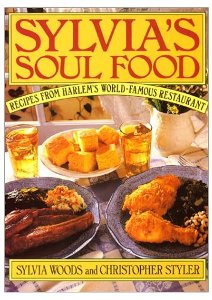 Bill O'Reilly is making people wonder "Oh, really?" after the conservative talk show host shared some thoughts about famous Harlem soul food restaurant Sylvia's. O'Reilly told radio listeners that he treated the Reverend Al Sharpton (because Sharpton frequently appears on The O'Reilly Factor) to dinner at Sylvia's the other night. He said he had a great time, but couldn't leave it at that, noting "all the people up there are tremendously respectful." And then:

I couldn't get over the fact that there was no difference between Sylvia's restaurant and any other restaurant in New York City. I mean, it was exactly the same, even though it's run by blacks, primarily black patronship.

...There wasn't one person in Sylvia's who was screaming, 'M-Fer, I want more iced tea.' ...You know, I mean, everybody was -- it was like going into an Italian restaurant in an all-white suburb in the sense of people were sitting there, and they were ordering and having fun. And there wasn't any kind of craziness at all.

He also said that the other restaurant patrons "all watch The Factor!"

Media Matters, the watchdog group that pointed out Don Imus' Rutgers women's basketball team comments, had video clips and excerpts ready for other media outlets to pick it up, and that they did. Now O'Reilly is accusing Media Matters and CNN "hatchet jobs" and "dark side" plots against him.

Proprietor Sylvia Woods' graddaughter Trenness Woods-Black told the Daily News, "It is very insulting... O'Reilly's knowledge about the African-American community is limited and his statements are outrageous and unfortunate." And O'Reilly dinner companion the Reverend Al Sharpton wants O'Reilly to come onto his radio show to talk about his remarks. We'd like to listen to that, but we're sure O'Reilly's handlers are telling him to use Don Imus as an example and opt out.

And we always thought that O'Reilly's foot-in-mouth issues with food were limited to falafels.