Back in November, a cyclist riding on the 96th Street path in Central Park was pulled over by a police officer wearing a bike helmet. The cyclist’s offense: riding on the 96th Street path, which was designated as a shared bike and pedestrian path in 2012. The officer issued a criminal court summons for disobeying a sign, next to a sign that clearly marked the path as open to bicycles. 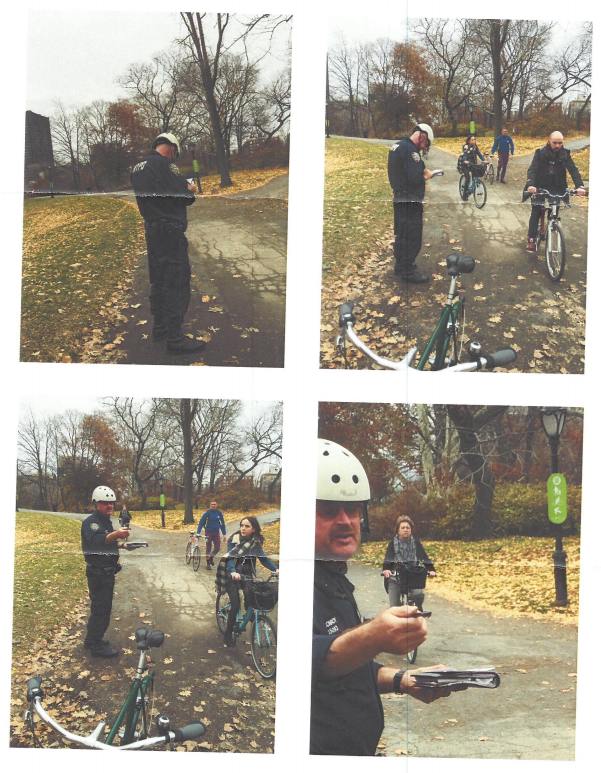 The cyclist took photos of the officer’s curious enforcement techniques, which were later sent to the Central Park Precinct. The cyclist and his attorney, Steve Vaccaro, are due in court next month to contest the summons. 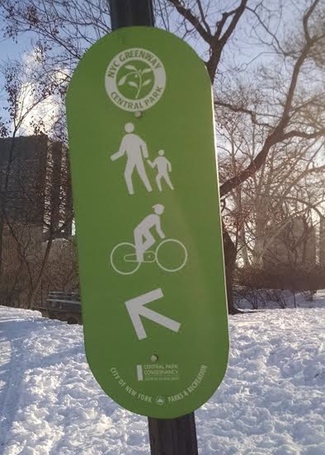 The signage in question.

Vaccaro’s client is indicative of the crackdown on cyclists in Central Park last year. After two pedestrians were struck and killed by cyclists, NYPD enforcement skyrocketed. In 2014 the Central Park Precinct issued 928 bicycle summonses, an increase of 331% over 2013. Of these, 412 were for failure to yield, 117 were for riding on sidewalks or pedestrian paths, and 101 were for running red lights; 11 were handed out for using a cell phone while biking, an act that, while potentially dangerous, is not illegal.

Deputy Inspector Corey confirmed that her officers were using the vehicular law, and would look into whether or not it applied to cyclists.

The overall trend towards handing out more tickets to cyclists didn't apply to motorists; in 2014, cops handed out a total of 4,511 moving violations, compared to 4,259 in 2013.

This increased enforcement, along with a decision by the Department of Transportation to lower the speed limit within the park from 25 mph to 20 mph, has been met with resistance by recreational cyclists who use the park to train. At last night’s meeting, cyclists voiced concerns that the lower speed limit effectively prohibits serious recreational riding in the park. A competitive cyclist can easily maintain speeds greater that 20 mph during a ride.

“I know several large tri clubs have completely left the park as of late October, and they’re looking for alternatives for completely riding indoors next year, even during the summer,” said Mikael Hanson of the Asphalt Green Triathlon Club.

Vaccaro asserted that, given how aggressive New York drivers can be, parks are the most obvious place for many cyclists to ride. But the city’s largest park is not always friendly to recreational riders.

“Between the 20 mile per hour limit and the tripling of the summonsing activity, the message is that cyclists who are riding for exercise are not welcome,” said Vaccaro, who during the meeting distributed copies of the photos his client took of the officer who ticketed him.

Several attendees voiced support for allowing cyclists to ride faster than 20 mph early in the morning and late in the evening, when pedestrian traffic is lower. This mirrors current rules for dogs, which may be off-leash (in designated areas) after 9 p.m. and before 9 a.m.

Attendees also emphasized that, while they would like the NYPD, DOT, and Conservancy to work to facilitate recreational cycling, they do understand safety concerns. They noted clubs on organized rides typically hold members to high standards of caution, and that both fatalities last year were caused by lone riders.

#bike lanes
#bike paths
#bikenyc
#central park
#cycling
#cycling crackdown
#original
Do you know the scoop? Comment below or Send us a Tip