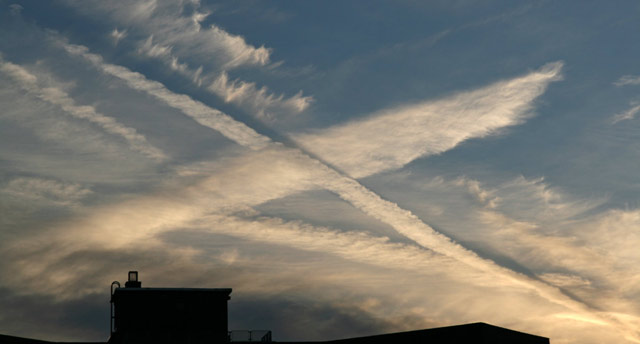 You'll have to excuse Gothamist if we seem a little disoriented this morning. No, we didn't mistake last night for New Year's Eve, it's just that the weather forecast has been changing back and forth so rapidly the past few days that we've gotten a little dizzy. The forecast have finally settled down and 2007's weather should end on an uneventful note. Clear skies for the rest of the day and a high in the mid- to upper-40s. If you're foolish enough to be in Times Square at midnight it should be clear and around 40 degrees.

Tomorrow's weather looks good for sleeping really late, like until the weekend. As last night's coastal storm moves toward Nova Scotia, a storm of midwestern origin is is going to bring cold rain to the city, and snow upstate, beginning tomorrow afternoon. More important than the precipitation, the storm is going to pull the coldest air of the season our way.

We hope you got a union suit for Christmas as Wednesday's high will only be around 30 and Thursday will be colder, with a low in the mid-teens and a high only in the 20s. The cold blast shouldn't last long, by Saturday the temperatures are expected to be back to normal.