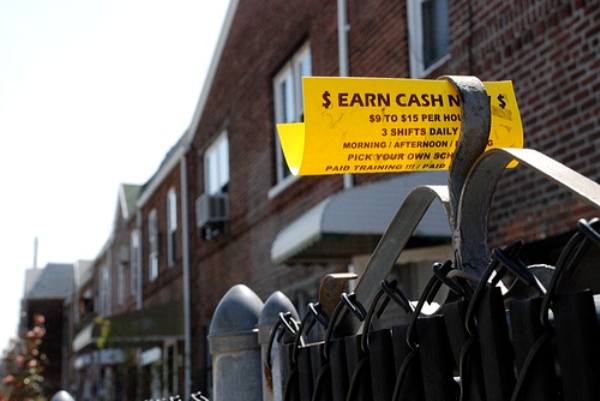 If you feel like you're being inundated with menus, fliers and other messages on pieces of paper that wind up in your building lobby or under your front door, you'll be relieved to hear that the people dropping those fliers off will be fined between $250-1000 per violation. A state law went into effect yesterday that prohibits the flier-ing of buildings that specifically say they don't want fliers.

Assemblyman Mark Weprin made a good point to amNY about why it's not just about fliers becoming litter, "You leave your house for three days, you come home and there's 11 fliers on your lawn. Then people know nobody's home." The city won't enforce the law until the fall, because it still needs to make adjustments for multi-family buildings. Apparently some buildings can post signs saying how many menus they want, in case some tenants do want menus! That's probably small comfort to the businesses who do plaster neighborhoods with their menus.

Do you feel you've got too many menus littering your home? Back in April, City Council member Simcha Felder introduced city legislation to ban menus, fliers, circulars, etc. from being distributed; he had been spurred into acting because his mom was fined $100 by the Department of Sanitation for have fliers on her stoop! Naturally, Felder supports the state law.

And we were inspired by a man's quest to collect all the menus in the city.