Yesterday, at 5:40 p.m., a cyclist and pedestrian collided on the West Drive in Central Park, near Olmsted Way. According to police, the collision occurred in the bike lane. 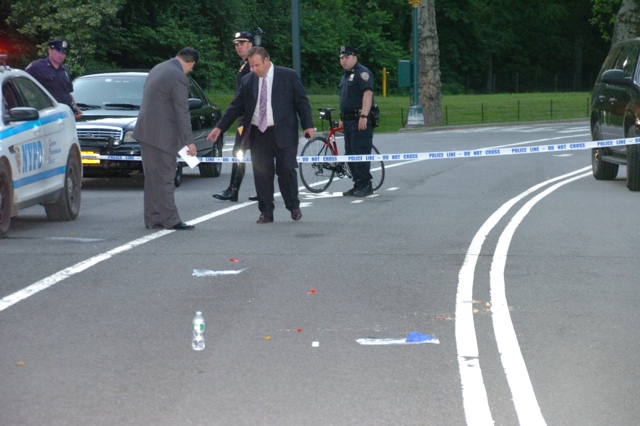 An NYPD spokesman said that bicyclist was going south in the designated bike lane near West 72nd Street while there was a pedestrian about 50 feet south of Olmsted Way who was "standing or walking very slowly" in the bike lane. The bicyclist crashed into the pedestrian, and both were knocked to the ground.

The spokesman added that the bicyclist, who was wearing a helmet, suffered abrasion and minor injuries while the pedestrian has non-life-threatening injuries. (A photographer on the scene said that the pedestrian appeared to have a head injury and seemed badly hurt.) Both were taken to St. Luke's Hospital. 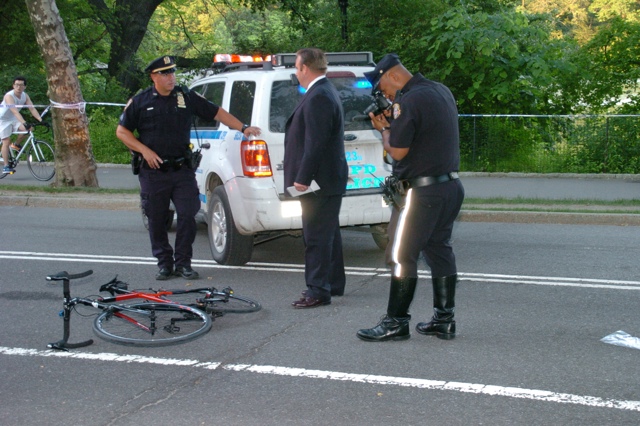 No charges have been filed, but the NYPD's Collision Investigation Squad was on the scene. In the past, Central Park cyclists have been characterized as "psychos" with the bikers being ticketed for not obeying traffic rules in the park. Many cyclists have pointed out that pedestrians and runners routinely break the same traffic laws (by going through red lights) or push them into car traffic.

Here's the traffic safety brochure the NYPD has handed out to bicyclists in Central Park.

#bicyclist
#central park
#cis
#collision investigation squad
#nypd cis
#pedestrian
#original
Do you know the scoop? Comment below or Send us a Tip