Best Subway: 1 Train to Rule Them All 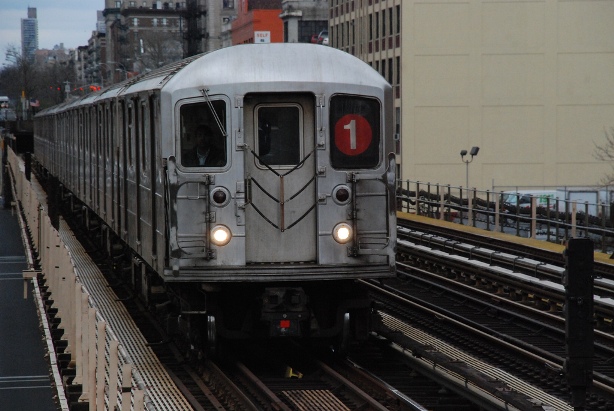 It's that time again! The Straphangers Campaign has released its annual State of the Subways report, and this year, the 1 train topped all other lines. This is amazing news for the 1 train - it was only in 2005 when the Straphangers found the 1/9 to be the schmutz-iest! The 1 train got high marks for "frequently scheduled service, arriving with more regularity, fewer dirty cars, and better announcements," but it did perform "below average on: a chance of getting a seat during rush hours, and delays caused by mechanical breakdowns."

The most awful lines at the C (Crappy!) and W (Worstest!), with below average performance on "car breakdowns, chance of getting a seat during rush hours and announcements." But what's especially weird is that the L train comes in second, and then the 7 and 6 trains are tied for third place. We suppose various factors neutralize each other - and that other subway lines are just atrocious.

The G breaks down the most, while the Q breaks down the least. The B is the cleanest train, while the F is the dirtiest. You have the best chance of getting a seat on the G, while W is the toughest seat. Some other Interesting factoids:

- Trains are cleaner: "On the plus side, the cleanliness of the interior of cars improved form 79% rated clean in the second half of 2005 to 87% for the same time period in 2006."
- Trains are breaking down more frequently: "The car fleet breakdown rate worsened from an average mechanical failure every 178,085 miles in our last report to 156,624 in this report."
- The G is the most regular: "The G line had the greatest regularity of service, arriving within two to four minutes of its scheduled interval 91% of the time. The most irregular line is the 5, which performed with regularity only 81% of the time."
- Announcement quality is the same: "Accurate and understandable announcements remained unchanged at 90% between our last and current reports" - the D and Q miss announcements 18% of the time

This year's report was conducted in 2006, with methodology includes weighting findings on amount of scheduled service (30%), dependability of service (22.5% for regularity, 12.5% on the breakdown rate), and comfort/usability (15% for getting a seat, 10% for cleanliness, 10% for announcements).

Do you agree with these findings? What do you think are the best and worst lines?