Behold The Bizarre Scientology Advertorial The Atlantic Pulled From Its Website

[UPDATE BELOW] Last night a deluxe "sponsored post" appeared on The Atlantic's website and then, hours later, suddenly disappeared. The topic, as you can see below (scroll down), was Scientology, in particular the various inspiring triumphs the religion's leader had achieved for his followers in the glorious Year of our Hubbard 2012. Sponsored propaganda heralding the virtues of such a controversial org sparked an instantaneous backlash that was further inflamed when The Atlantic appeared to be moderating comments critical of Scientology and the advertorial itself. Then it all went poof.

In its place, there is now this statement: "We have temporarily suspended this advertising campaign pending a review of our policies that govern sponsor content and subsequent comment threads." There are obviously a lot of questions being raised, including how the advertorial was able to advance so far to publication only to be erased hours later. The Atlantic's publisher, Jay Lauf, has not yet responded to our inquiry about how this particular shit sausage got made. But Gothamist publisher Jake Dobkin was eager to chat; he tells us:

I wouldn't have approved this ad. It's just too weird and controversial to run without some kind of explanation or disclaimer, and it's doubtful Scientology would have accepted those kinds of conditions. But I'm glad I wasn't forced to make that decision—balancing free speech and ad revenue against potential reader outrage is always a tough call.

Update 11: 41 a.m.: Asked for his thoughts on this, Gawker's Advertising Director, James Del, tells us:

Gawker has had a pretty storied history with Scientology ever since publishing the Tom Cruise video back in 2008 (almost exactly 5 years ago, actually), so I imagine our names appear on some kind of ultra-secret Scientology blacklist that would preclude us from ever needing to have such a conversation. But if, hypothetically, they were to come to us, we would do our best to accept the business, though definitely not as-written.

Our in house creative team, Studio@Gawker, would need to completely rework that post into something that our readers would appreciate and deem honest, acknowledging Scientology's reputation and myths (or truths, depending on who you ask). Kinja (our new conversation platform) is built for the civilized, open exchange of ideas—paid and unpaid, whether or not we agree with them—and I know Gawker EIC John Cook would welcome an editorial Kinja conversation with Scientology brass any day of the week. But we'll only accept their money if they're willing to be authentic, which, judging from yesterday, they're nowhere near ready for.

Update 12:01 p.m.: And a spokesperson for The Atlantic sent us this statement:

We screwed up. It shouldn't have taken a wave of constructive criticism — but it has — to alert us that we've made a mistake, possibly several mistakes. We now realize that as we explored new forms of digital advertising, we failed to update the policies that must govern the decisions we make along the way. It's safe to say that we are thinking a lot more about these policies after running this ad than we did beforehand.

In the meantime, we have decided to withdraw the ad until we figure all of this out. We remain committed to and enthusiastic about innovation in digital advertising, but acknowledge—sheepishly—that we got ahead of ourselves. We are sorry, and we're working very hard to put things right.

Update 12:16 p.m.: Gawker's Editor-in-Chief John Cook emails with this clarification, in response to James Del's comment: "I wanted to clarify one thing about James Del's comments. James is absolutely correct that I would invite David Miscavige or any other Scientology representatives to be interviewed either directly by one of my reporters or by our readers on the site. But under no circumstances would I or any of my staff participate in any such interview in a context where Scientology was paying for access to the site."

Update 3:11 p.m.: An Atlantic official with knowledge of the situation spoke with us on condition of anonymity, because she was not authorized to discuss the matter. "The main reason why we chose to take down this particular sponsored post was because of the commenting feature," says the employee. "For the first several hours, the comments were largely positive. But our moderator team was moderating the comments. Many advertisers choose to have comments disabled." But in this case, the comments were enabled, and the Atlantic employee was unsure why.

"What we saw with this subject matter is that people have very strong opinions," the Atlantic official adds. "And when we realized the commenting was being so moderated we realized we had to take a step back and review the policy for moderating comments on these kinds of posts, and to think about whether these kinds of posts should have comments."

And we asked The Awl's publisher, ﻿﻿John Shankman, what he thinks about sponsored posts (also called "native advertising") in regards to The Awl network of sites. He tells us:

We don't normally run religion based advertisers. Additionally, I think there's an interesting discussion to be had about how to do sponsored content/native advertising right. I think it is possible to get a little caught up in native only being skin (or pixel) deep. It stops at the aesthetic (and distribution) level.

But I think to get native right, we have to go deeper than just surface level and realize production too is critical for success. If we do native as best as possible, the "sponsored content/native advertising" is of the same quality as and feels similarly relevant as the regular scheduled programming. Of course we don't live in a perfect world, but we're all trying to get better.

The advertorial coincides with a high profile book about Scientology from New Yorker writer Lawrence Wright, who published an enthralling profile of Scientology apostate and director Paul Haggis in the magazine two years ago. His new book, Going Clear: Scientology, Hollywood, and the Prison of Belief, reports, among many other things, that Scientology has amassed some $1 billion in liquid assets, more than any other of the major religions. Also, according to a review of the book in The Daily Beast, Wright learned of a Scientology executive "who was physically assaulted by Miscavige’s minions and made to clean a bathroom floor with his tongue."

This screengrab was obtained by one Alexis Madrigal [via TNW]: 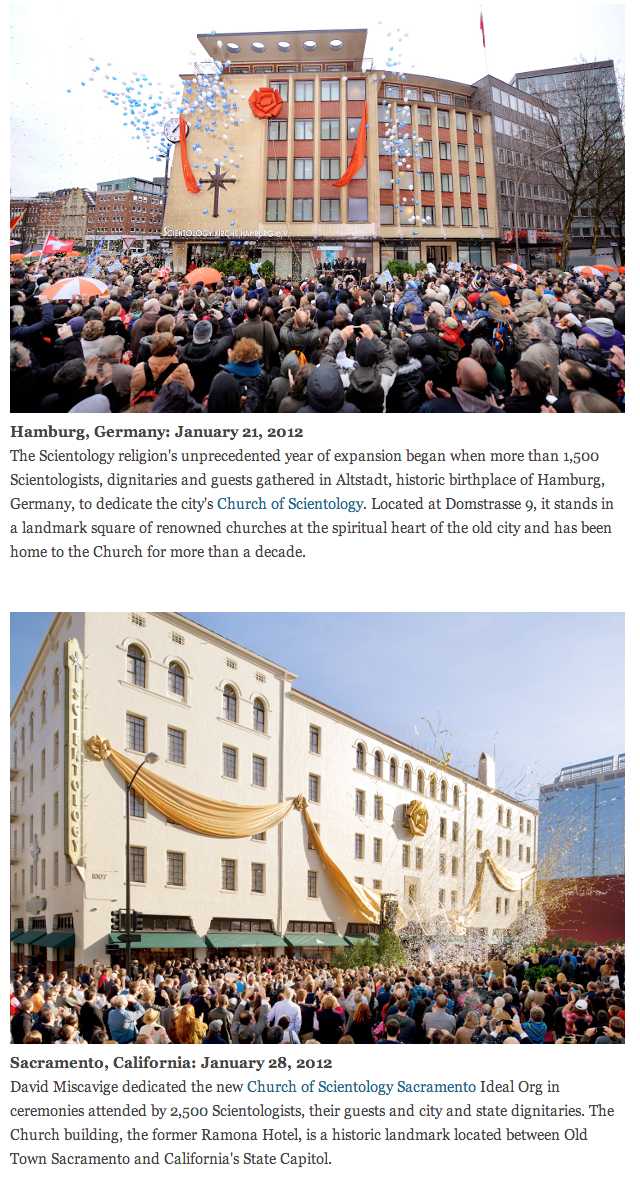 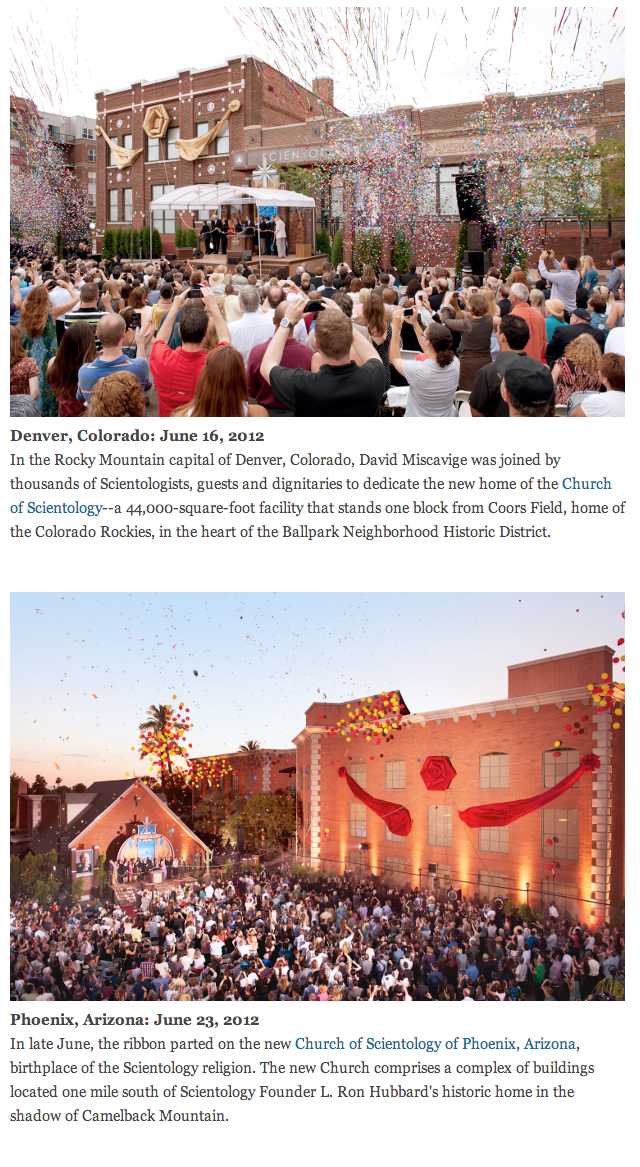 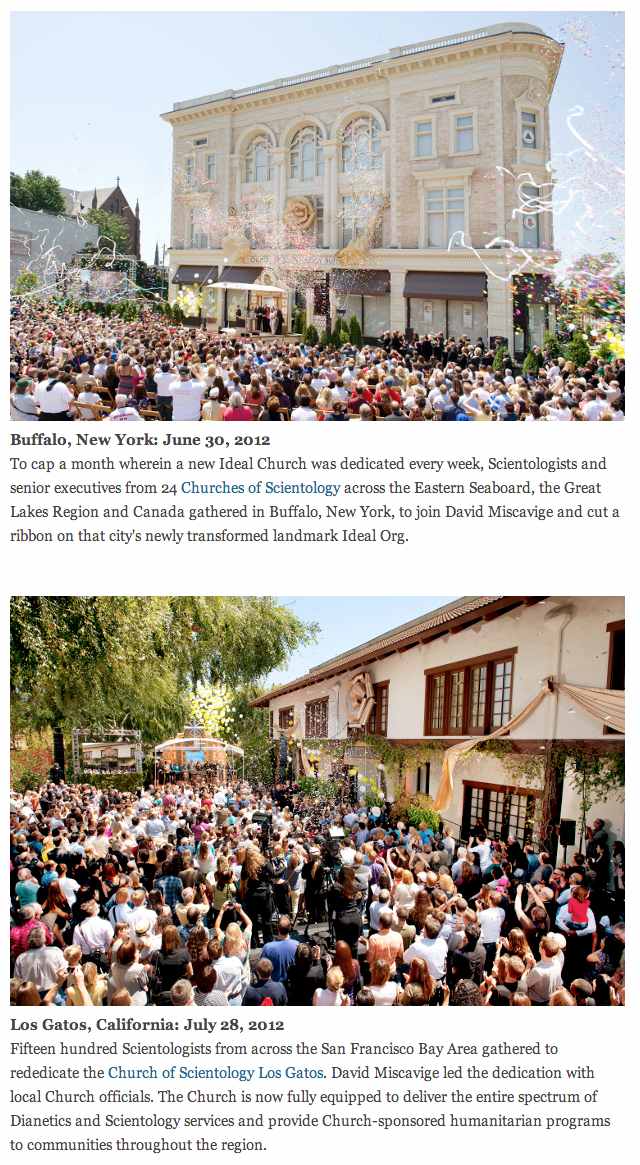 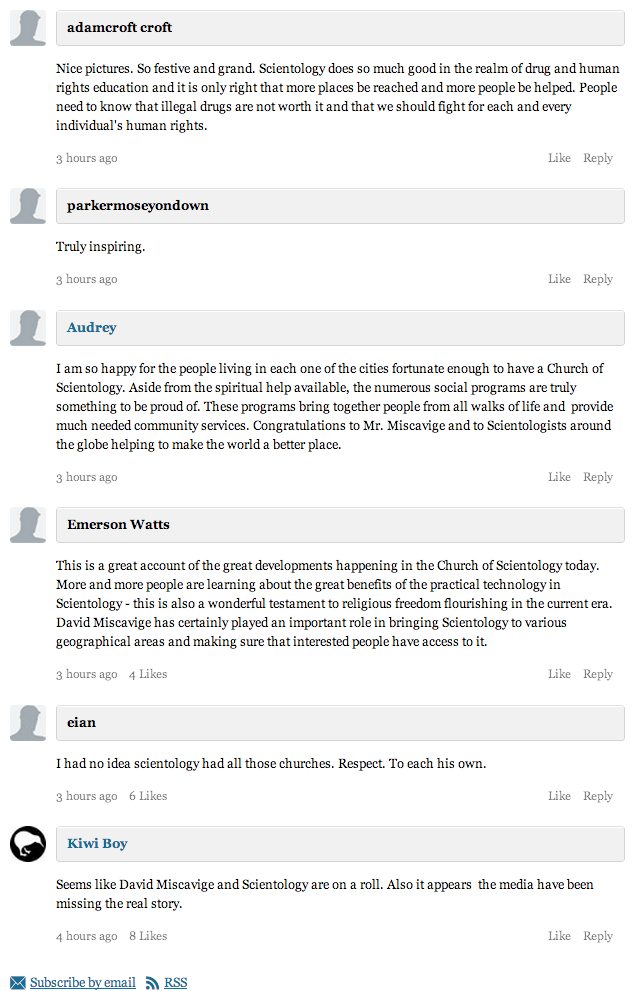 #advertorials
#media
#scientology
#the atlantic
Do you know the scoop? Comment below or Send us a Tip