Ah, here's the photo we've all been waiting for. Now that Anthony Weiner has been photographed enjoying his maiden voyage on a Citi Bike, what can't we do? Daily Intel has the original shot, but we have this: 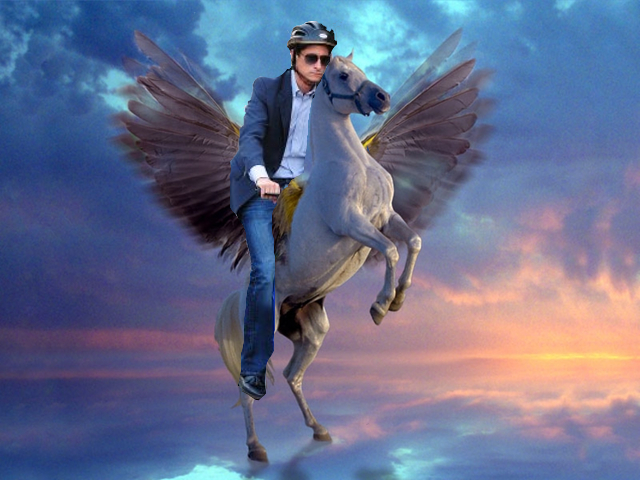 The former congressman and newest mayoral hopeful took the big blue bike out for a spin yesterday, looking dapper in his slick shades and strangely flared pants. And look! He's cruising through one of the very bike lanes he once aspired to rip out. Here's a refresher, taken from a conversation with Mayor Bloomberg at Gracie Mansion in 2011:

"When I become mayor, you know what I’m going to spend my first year doing?" Mr. Weiner said to Mr. Bloomberg, as tablemates listened. "I’m going to have a bunch of ribbon-cuttings tearing out your [expletive] bike lanes."

Ah, yes, that's right. Perhaps Weiner has been chastened by his ordeal of the last two years—perhaps his decision to run for mayor signals the dawn of a new, more docile Weiner. Anything is possible. Now then, if you have what it takes (Photoshop, mad skillz, total absence of a social life) please send your best Weiner Photoshops to tips@gothamist.com, and we'll make a beautiful Weiner Gellery. (Here's the clean version.) Nothing raunchy, please. This is a family site. Besides, what you're thinking has already been done: 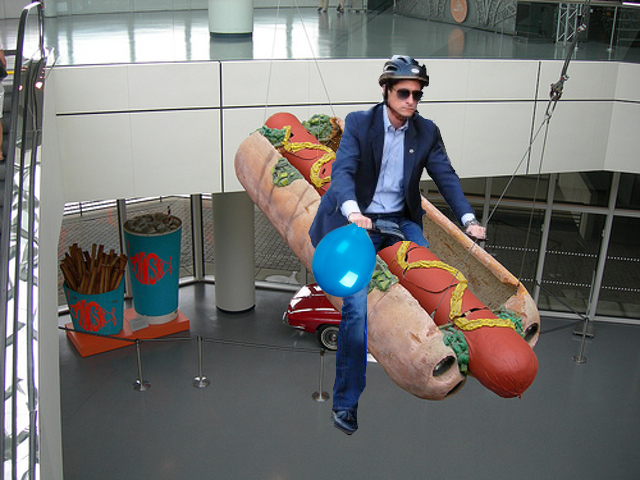 #anthony weiner
#citi bike
#pegasus
#weinersus
#original
Do you know the scoop? Comment below or Send us a Tip