On Saturday afternoon the Islamic Society of Bay Ridge opened their doors, put out some sugar cookies, and set about the bewildering task of convincing the community that they are New Yorkers, not terrorists.

"We don't agree that it's higher than 9/11," said imam Dr. Mohamed Elbar, referring to the spasms of racism and fear triggered by the attacks in Paris and San Bernardino and the Republican primaries. "But we feel [9/11] is being hijacked by the political parties to use it to try and run for a seat in the White House, for example, Donald Trump."

Dr. Elbar said that while "we haven't had any prejudice acts occurring to us," he asked the commander of the 68th Precinct to station an officer outside the building on 5th Avenue during his Friday sermons.

"During times like these the police always come and visit us and ask us if there's anything we need, and take weekly reports of any incidents that occur," he said.

To anyone who isn't a Trump supporter, the open house—advertised on Facebook as an opportunity to "Get all your questions about Islam answered"—would have seemed comically banal if it weren't so sadly necessary.

Does Islam support terrorism? How does one become a good Muslim? What can Muslims do about people like Donald Trump? What is it like to be a young Muslim in New York?

"It's exactly like me and you," Nasir replied. "I was born here, I was raised here my whole life. The only difference is I come pray at the mosque and you do, I dunno, your own thing." 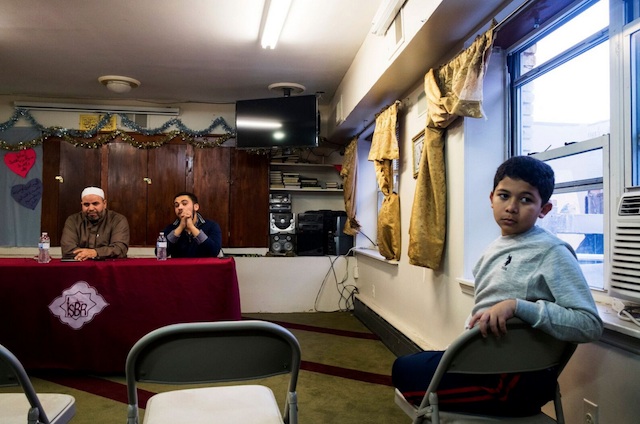 Khalid Gonçalves, a native New Yorker who converted to Islam from Catholicism, said he doesn't normally pray at the ISBR, but felt it was important to be at the open house.

"Some people hear 'Islam' and they think Sharia law, or whatever," he explained. "I just want to show people that Islam is peaceful, Islam is American."

Dr. Husam Rimawi, the president of the group, was asked if he ever got tired or frustrated from having to explain his beliefs.

"That's our job, and we have to keep doing it, and hopefully people will understand our situation," he replied.

Dr. Rimawi recalled the days and weeks after the September 11 attacks.

"We stood up and we went for marches and we did blood donations and we did all what we can. We went to the houses around, we tried to calm everybody, we told them that we were here living in this country and that we wanted peace in this country, we don't want anything else."

His message to the FOX News set was simple: "When you speak to a Muslim guy, an Arab guy, don't label him, try to see who he is."

At 5:00 came the call to prayer, and the small room emptied out. A group of kids descended on the cookie tray. Outside, a man named John Carew paced on the sidewalk. 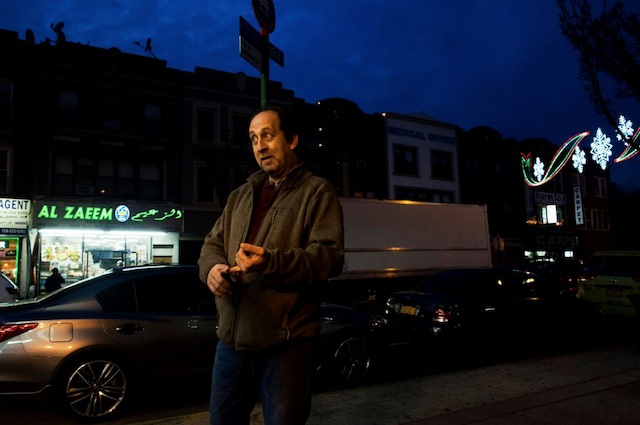 "Is the open house over already?" Carew asked. "Some of us have jobs."

Carew said he has lived in Bay Ridge for 50 years.

"For 25 years they've been here, this is the first time they've attempted to speak to the neighborhood," he charged. "Why did they have nothing to say when they sponsored somebody, the blind sheikh, the radical imam," he added, pronouncing this last word with a hard "i." (Carew might have been thinking about a different mosque, Masjid Al Farouq.)

"Why are they having this now? They're insulted, they're offended."

Tamer Hassan politely corrected him. "No, no, it has happened before, in 2005 we had another open house. And you can come in anytime."

"I understand that the majority of this group is nothing but people who have jobs, and that they're here for one reason only, and that's to live their lives," Carew conceded. "But there is a small part of your community, but that part is a lot of people—"

"No it is not a lot of people," Hassan replied. "Even if the guy came here, and talked here, judge him about what he thinks. Not Islam."

A group of teenagers listened to Carew reiterate his belief that the mosque, and by association, the Arab American Association of New York, were aligned with the Muslim Brotherhood.

"Yo, that was messed up," one of them said, in a thick Brooklyn accent, before climbing into a new Lexus sedan. "How you gonna say that stuff in front of a mosque?"

#donald trump
#islam
#islamic center of bay ridge
#islamophobia
#war on terror
#original
Do you know the scoop? Comment below or Send us a Tip
A new Gothamist is coming! We’ve moved comments over to our beta site. Click here to join the conversation and get a preview of our new website.