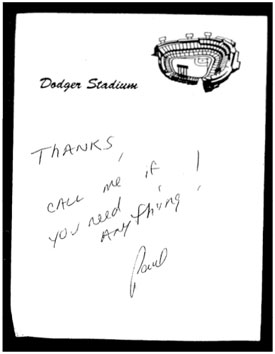 The morning started with rumors of names mentioned in Senator George Mitchell's report to Major League Baseball, but not until this afternoon were any rumors substantiated. Stating in his report that “there is much about the illegal use of performance enhancing substances in baseball that I did not learn,” Mitchell proceeded to lay waste to the careers of many notable players, perhaps none more so than Roger Clemens.

In the report Brian McNamee, Roger Clemens’ personal trainer and a former Yankees’ employee details extensive steroid and HGH use by Clemens from 1998-2001. One such example from the report:

According to McNamee, during the middle of the 2000 season Clemens made it clear that he was ready to use steroids again. During the latter part of the regular season, McNamee injected Clemens in the buttocks four to six times with testosterone from a bottle labeled either Sustanon 250 or Deca-Durabolin that McNamee had obtained from Radomski.

McNamee stated that during this same time period he also injected Clemens four to six times with human growth hormone he received from Radomski, after explaining to Clemens the potential benefits and risks of use. McNamee believed that it was probably his idea that Clemens try human growth hormone. Radomski instructed McNamee how to inject human growth hormone. On each occasion, McNamee administered the injections at Clemens’s apartment in New York City. 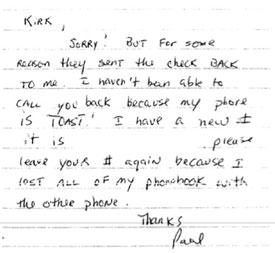 McNamee also worked with Andy Pettite, helping Pettitte to obtain HGH and injecting him with it on “two to four occasions” in 2002.

And there are plenty of other names associated with New York teams listed in the report. Mike Stanton, Kevin Brown, Todd Hundley, Chuck Knoblauch, David Justice, Jason Giambi, Jason Grimsley, Mo Vaughn and Paul LoDuca are all mentioned in the report. LoDuca even went so far as to write a thank you note to Kirk Radomski, a former Mets clubhouse employee, who helped him get HGH.

While the names provide the sizzle for the report, Mitchell’s conclusions are much more troubling. Mitchell warns that the drug designers are one step ahead of the testers, developing steroids and other performance-enhancing drugs that are dispersed out of the body fast enough to be, or are already undetectable by current methods. He points to significant flaws in the methods that current tests are collected which leads to abuse. And he points out while noting that he has only scratched the surface of this issue that, “In fact, each of the thirty clubs has had players who have been involved with performance enhancing substances at some time in their careers.”