The Post's raison d'être is to manipulate the working class into a blinkered, frothing rage at everyone except the conservative ruling class and their arrogant gendarmes. Selfish oligarchs are "successful citizens" while homeless veterans are "roving psychos." Naturally New York's tabloid of record assigned not one, not two, but three reporters to follow-up on a four-month-old story about a Times Square panhandler. This panhandler is worthy of the Post's demagoguery because he may not be utterly penniless. In fact, Jeffrey Hillman is an unemployed Army veteran with a history of drug use and misdemeanors who must be exposed for the fraud he is. Why waste resources investigating those in power when jeering at the downtrodden is so much more fun?

Hillman, you'll recall, was briefly at the center of a semi-heartwarming Bart's People story concerning a sympathetic Times Square policeman who bought a pair of $100 boots for the barefoot beggar. A photo of the cop giving Hillman the boots went viral, but the ensuing media frenzy brought an unwanted depth to the Norman Rockwell portrait—Hillman, it turns out, is not homeless. And after accepting the boots, he was soon seen begging barefoot again. 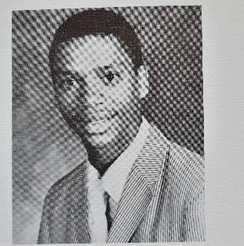 After thoroughly reporting that Hillman is not in fact the poorest and most troubled panhandler in New York City, most of the media moved on. But not the NY Post, whose trio of reporters tracked down Hillman yesterday for an article headlined, "Bum given boots by kind-hearted cop is back to begging barefoot! Panhandler has '30 pairs of shoes'." Yes, some panhandlers (and the city they live in) do all right in one of the world's tourist meccas.

Hillman, who insists he does not ask for money but merely sits on the sidewalk with no shoes, sometimes with a sign that reads “HOMELESS," was videotaped riding the subway back to the Bronx and counting his cash. "The cash appeared to be mostly singles — but still added up to several hundred dollars, judging from the size of the pile," the Post's breathless copy states. They also talk to the reverend who helps Hillman pay his utility bills and buys him phone cards. "He’s done it 10-plus years. He can make 1,000 bucks a day [and] he’s got 30 pairs of shoes at home," says Rev. John Graf.

We're going to go out on a limb and speculate that Graf's "$1,000-a-day" panhandling estimate is wildly exaggerated, though it seems plausible that Hillman could walk with a couple hundred bucks on a good day in Times Square, especially in cold weather. (I've made over $50 an hour standing in there wearing a silver unitard.) But so what? Is it really news that giving money to beggars is not the best use of your charitable donations? Is it necessary to remind everyone again about this unstable man's somewhat dishonorable existence? Is there really no more substantive story of malfeasance or corruption worth investigating? Come on Post, spring is coming the cancerous bike lanes are metastasizing!