Barack Goes from Apollo to Bloomberg 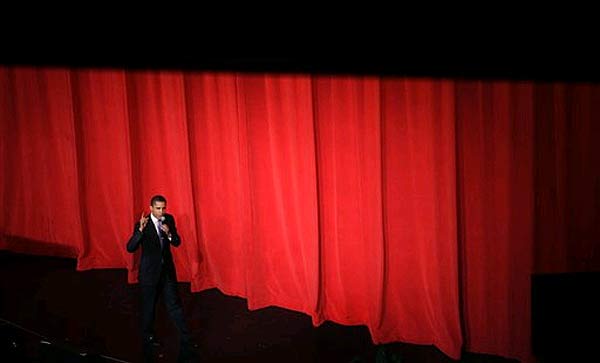 It's been quite a 24 hours for Democratic presidential contender Barack Obama. Last nght, he was at the Apollo for his first Harlem event. And this morning, he had breakfast with Mayor Bloomberg at a Midtown diner. 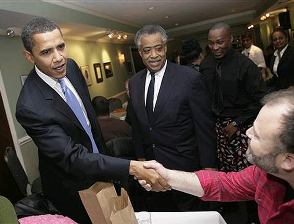 At last night's $50-per-ticket fund-raiser, both Cornel West and Chris Rock introduced Obama. West asked the audience to think about entertainers like James Brown and Billie Holliday, who "represent a way of life that goes all the way back from the old spirituals on up to Barack Obama running for president. Let's have a sense of history." Rock referred to Senator Hillary Clinton by saying, "You’d be really embarrassed if he won and you wasn’t with him. You'd say, 'I had that white lady! What was I thinking?"

And Obama himself didn't mention Clinton directly, but he said, "I'm not running because I'm trying to fulfill some long-held plans. I'm not running because I somehow think this is owed to me. I never expected to be here." He also told the audience, "I want to stand up for those who still hunger for opportunity, who still thirst for justice. I don't want to wake up four years from now to find that we missed the opportunity. We cannot wait."

Before the fund-raiser, the senator from Illinois had dinner at Sylvia's with the Reverend Al Sharpton, who said, "A man who likes fried chicken and corn bread can't be all that bad." But Sharpton still declined to say whether he was endorsing Obama or Clinton. 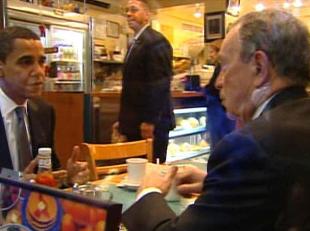 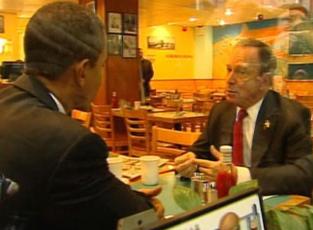 And, this morning, Obama and Bloomberg's breakfast lasted almost an hour. While they did not disclose the details, one witness said they were discussing golf. Also, they left a $10 tip on their $18 meal of eggs, toast and bacon. The AP suggests that Bloomberg might have wanted to annoy Clinton, who didn't endorse him when he ran for mayor (but how could she - he was a Republican back then!).