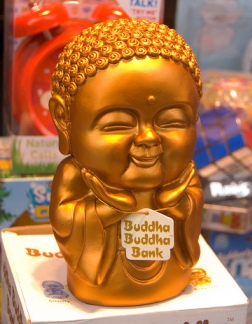 The relatively recent boom of opening bank branches in Manhattan is examined in amNew York. With a 36% increase in Manhattan bank branches between 2000 and 2006, it's hard for many people to walk a block or two without passing at least one (though there are more in places like Midtown or the intersection of Second Avenue and 10th Street). Banks will pay higher rents, which makes landlords less willing to continue to rent spaces to mom-and-pop businesses. And basically, a pun explains why there are so many:

Chase spokesman Tom Kelly...pointed out that "economies of scale" make operating 120 bank branches not that much more expensive than running just 90...

He did say, however, that some neighborhoods may have become "over-banked" in recent years.

"In Manhattan there may be more branches than are necessary overall," he said, "but not too many Chase branches."

Well, of course - although there are Chase ATMs in Duane Reades. And in a four block radius on the Upper West Side, there are three Chase banks, one Citibank, one NorthFork, one Commerce, and one WaMu. Anyway, an interesting stat from the article is there are 4 banks per every 10,000 Manhattan residents, but only 1 bank per every 10,000 Bronx residents.

Last August, a NY Times article wondered if the end of the bank boom was coming soon. It doesn't seem like it.