Balcony Where Woman Plummeted To Death Not Up To Code, Investigators Say

The 17th floor apartment balcony railing that gave way, sending a woman to her death this week, was reportedly not up to code, and the firm that manages her Sutton Place building may be fined as a result. 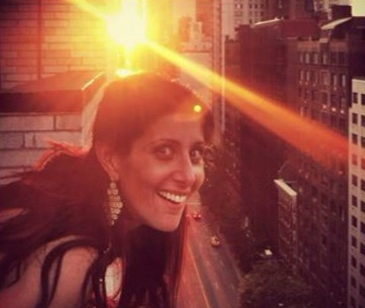 Jennifer Rosoff, 35, fatally plunged to scaffolding on Thursday, while out on her balcony with a date. It is unclear whether Rosoff, an ad executive, was sitting on the balcony railing or leaning against it when it gave way, but regardless investigators believe the railing was faulty, with DNAinfo reporting that the 70-plus-year-old railing was installed without welded rivets. "There were clearly a failure of the rivets,” a law enforcement source told the website.

The Department of Buildings says the firm at Stonehenge 57, located at East 57th Street near First Ave, missed the filing date for their facade report by six months, filing it on February 21 of this year when it was due to be filed last August. And after investigators took a look at all of the building's balconies this week, they found that every one of them was "deemed defective or not up to code."

The company could be served with a $1,500 fine, though the building says it's too early to determine exactly what caused the balcony to give way. "Understandably, there are a lot of questions and speculation regarding this terrible tragedy,” Richard Dansereau, managing director of Stonehenge Management, said in a statement yesterday. “The fact remains that there is an ongoing investigation into the matter and we are cooperating fully. At this time it would be inappropriate for us to make any definitive statement or respond to any specific inquiry that may be related to the investigation.”

This is not the first time a New York city balcony railing has led to a person's death; in 2010, 24-year-old Connor Donohue fell from a 24th floor balcony in Midtown East, and the DOB later determined that the balcony's railing was "loose and damaged." After Thursday's incident, some New Yorkers with balconies say they are reconsidering how safe they are. "I’m definitely more alarmed,” Nadia Sotudeh, who has a balcony on the 18th floor of a Manhattan building, told the Times this week. “I will not be leaning as much.” All the balconies at Stonehenge 57 have been closed off to residents indefinitely.