Police suspect that a poisonous batch of Molly may be responsible for the death of a teenage girl at Boston’s House of Blues on August 27th, the deaths of two Electric Zoo attendees who died over the weekend, and many other non-fatal Molly overdoses across the Northeast.

While toxicology reports have not yet been completed in the Electric Zoo deaths, the death of 19-year-old Brittany Flannigan has been attributed to a suspected overdose of Molly—slang for MDMA. The Boston Globe describes her final hours:

One woman had fallen down on the dance floor, but told security she was fine. She wanted to go back to the concert, and refused medical treatment. But when she tried to walk away, her body suddenly went stiff.

A short time later, 19-year-old Brittany Flannigan, was found “convulsing on her feet,” a security employee said. Her older sister by her side, Flannigan was taken to a stairwell, where she lay down. But the convulsions wouldn’t stop.

“We just tried to stay with her until the ambulance came,” said William Farago, a security staffer who had been at the scene.

Flannigan was later pronounced dead, with tainted Molly believed to be the cause. Two other people at the club were also treated for suspected overdoses, and days later another two Boston concertgoers survived suspected Molly overdoses at a Sound Tribe Sector 9 concert. This summer more than a dozen ambulances were called to respond to Molly overdoses at the Ocean Club in Boston's Marina Bay, and the Globe reports that eight drug-related arrests were made at the club.

MDMA is the active drug in Ecstasy, which is often taken in pill form. Pure MDMA, when taken in correct dosages, is typically harmless, and has been used for therapeutic purposes. Molly aficionados prefer the powdered drug because it's ostensibly more pure than pills. But the same concerns that prompted ecstasy users to turn to testing kits now plagues Molly: No one knows what this stuff is cut with. 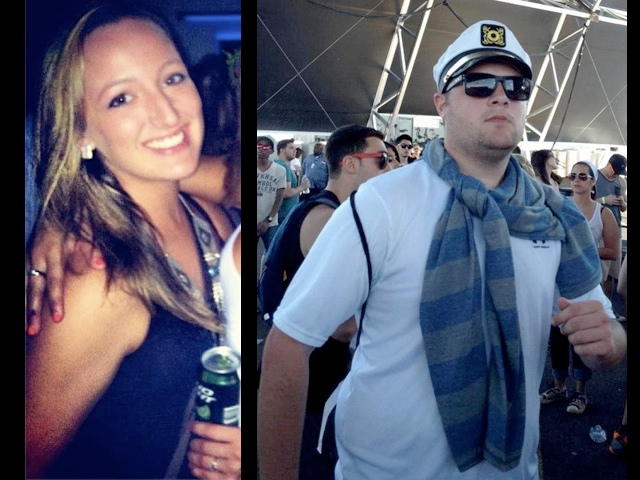 Olivia Rotondo and Jeffrey Russ died while attending Electric Zoo. Investigators suspect that a Molly overdose contributed to their deaths.

“Young people tend to think this stuff isn’t dangerous, and it is dangerous,” a DEA spokesman told the Globe. “This stuff gets manufactured in someone’s bathtub. You just don’t know what’s in it.” A NYC Health Department spokesman says there's an average 10 ecstasy-related deaths per year in the city.

At least six people in Scotland died over the summer from a tainted batch of Ecstasy, and in July, a message board user claiming to be a worker in a Vancouver toxicology lab warned of a fatal batch of Molly in the area, and theorized that PMMA mixed with MDMA was responsible:

In case you're not familiar with PMMA: it's a molecule closely related to MDMA, but with much less of the desired empathogenic/euphoric effect, and unfortunately quite a bit more toxicity. The dose curve is a lot steeper, and the effects are delayed compared to MDMA. Often what has happened in these fatalities is that somebody takes one or two pills, and doesn't get the expected effect, so takes more, and that's enough to push them over into the toxic range.

The toxicity looks basically the same as an overdose of MDMA, causing serotonin syndrome. Symptoms might include: Fast heart beat, overheating, excessive sweating, shivering, headache, involuntary twitching of the legs, twitching of the eyeballs... It's important to mention that the recent deaths have been caused by PMMA mixed with MDMA, not PMMA alone. This means that pill testing kits (from Dancesafe, etc.) can't pick them up! They will show a normal purple/black reaction because of the MDMA mixed in.

#boston
#dea
#drugs
#ecstasy
#electric zoo
#Molly
Do you know the scoop? Comment below or Send us a Tip